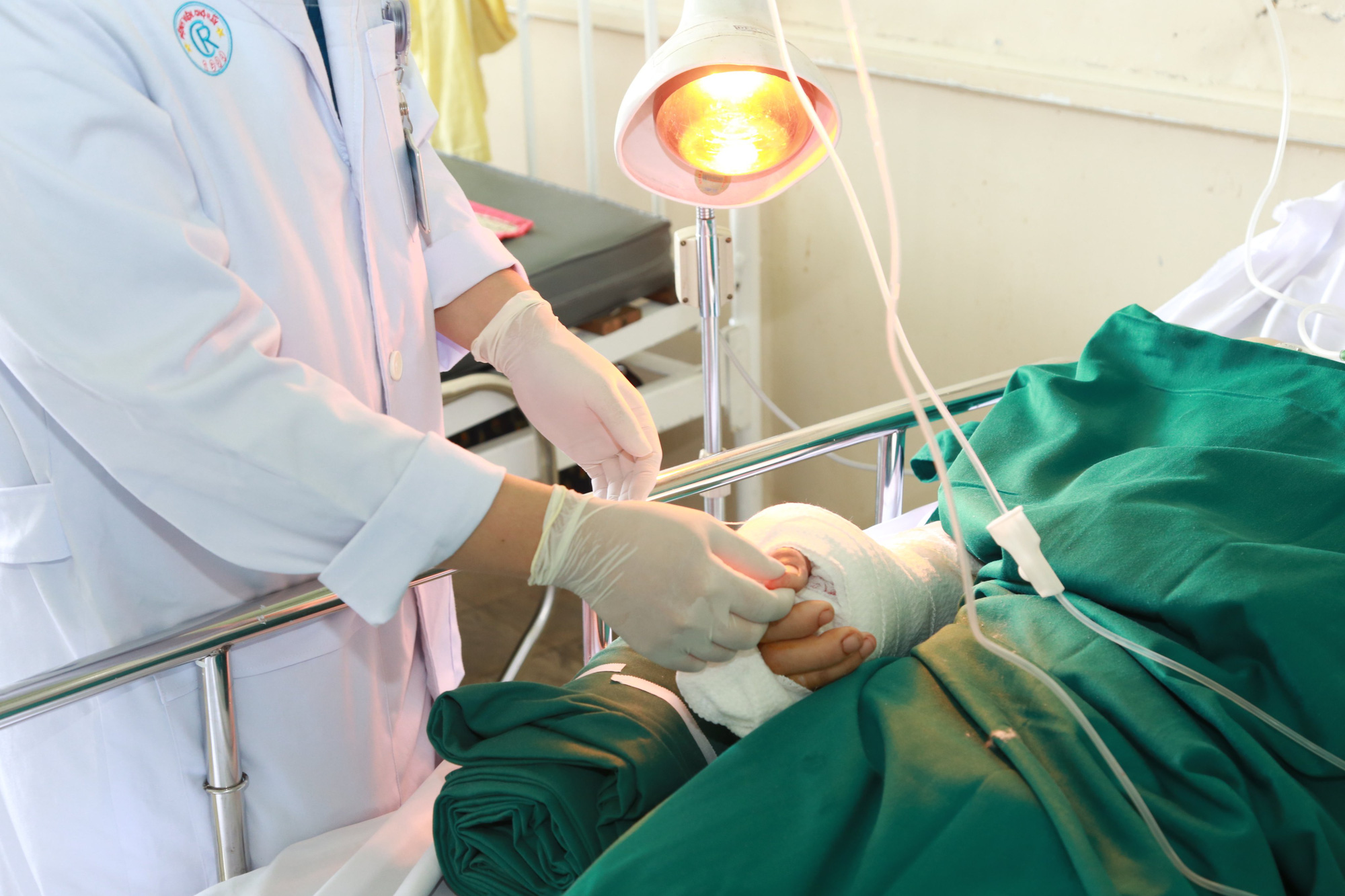 Doctors of Cho Ray Hospital in Ho Chi Minh City finished a successful replantation on Monday to reattach a man’s hand after it had been severed with a machete in a conflict one day before.

V.D.K., a 50-year-old man living in southern Binh Duong Province, had his right hand reattached to his arm following a six-hour surgery.

K. had got into a conflict with a driver of a bus carrying COVID-19 patients in Thu Dau Mot City, Binh Duong on Sunday afternoon.

The driver then chopped K.’s right hand off with a machete.

The victim was admitted to Cho Ray Hospital more than three hours after the incident, according to Dr. Dao Thanh Tu at the hospital’s orthopedic surgery department.

Doctors activated the red alert protocol to perform the surgical replantation less than one hour after K.’s admission despite the coronavirus patient overload at the hospital.

The hand reattachment was initially evaluated as a success.

The patient was in stable health, awake, and able to communicate.

His fingertips and fingers are pinkish, warm, and can move slightly.

Doctors are further monitoring the patient.

Previously, police had arrested Dang Quoc Hung, a 44-year-old driver from Ho Chi Minh City who was steering another bus carrying COVID-19 patients on the same trip as Huynh on Sunday.

During Sunday’s conflict, after K., who had reportedly showed symptoms of mental illness, threw stones at Hung’s bus, Huynh took a machete kept on his vehicle to slash the 50-year-old man.

The three men were completely strangers before the incident.