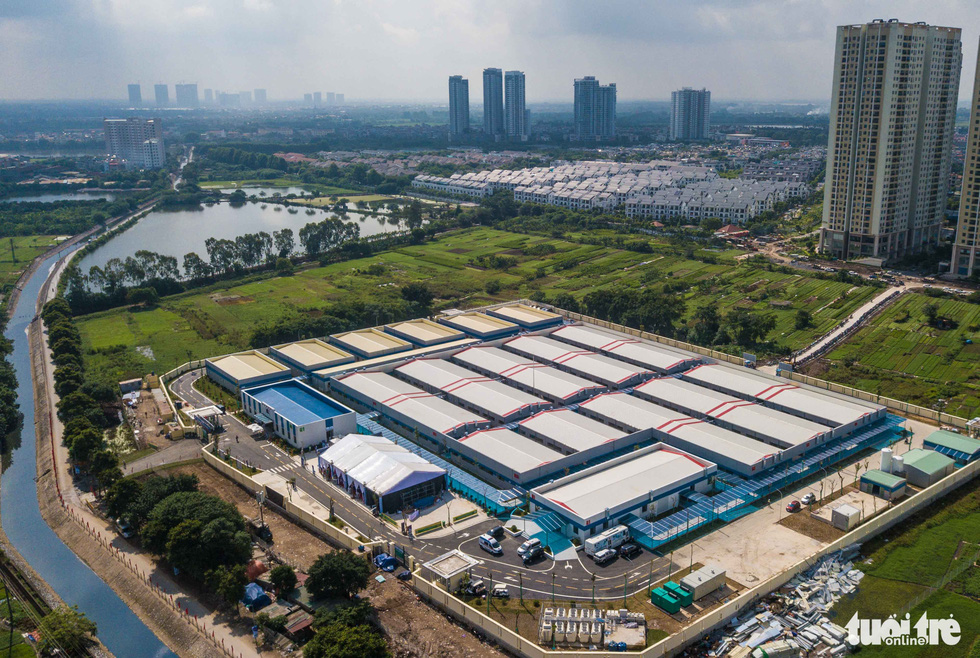 Hanoi authorities have put a field hospital for seriously-ill COVID-19 patients with more than 500 beds into operation in Hoang Mai District after just over one month of construction.

Covering an area of 3.5 hectares in the district’s Yen So Ward, construction of the hospital has been completed after it began on July 24.

Under the management of the Hanoi Medical University Hospital, the newly-built hospital functions as a facility with the most intensive treatment for COVID-19 patients in the capital and some northern provinces.

There are three zones in the hospital, including an administrative zone, a testing and warehouse zone, and an area of intensive care for critically ill patients with a capacity of 500 beds.

It is estimated that the hospital needs about 1,000 personnel, including 272 doctors and 680 nurses.

By Tuesday evening, Vietnam had documented 462,096 coronavirus infections, with 238,860 recoveries and 11,064 fatalities, the health ministry reported.

Since April 27, a new infection wave has spread to 62 out of the country’s 63 cities and provinces, except Cao Bang.

Hanoi has recorded 3,513 infections in this bout.