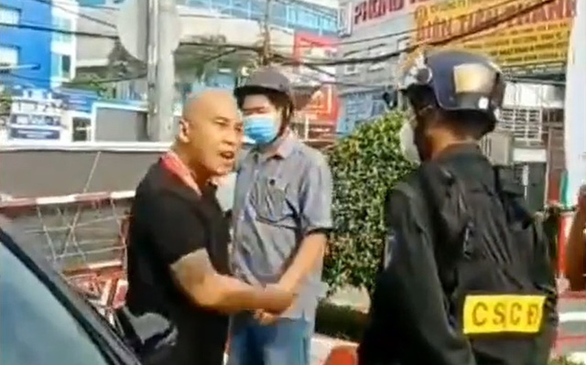 A man has been charged for acting against law enforcement officers at a COVID-19 checkpoint in Vietnam and threatened to murder the whole family of a policeman there.

On August 27, Bao did not stop his car at a COVID-19 checkpoint in the city to perform epidemic prevention procedures, and attempted to pass it.

After being stopped by a mobile police team, Bao claimed he was on the way to carry out a charity plan but he failed to produce any supporting documents.

Bao, without wearing a face mask, got out of his car and loudly swore at the police officers who were asking him to put on a mask and show his travel pass.

When a policeman refused to let Bao get through the checkpoint as he had no travel pass, he threatened to kill the entire family of this officer.

Given his aggressiveness, the team detained and escorted him to a local police station, leaving his car at the checkpoint.

Bao insisted he did not commit any offence, explaining that he could not obtain proof for his charity trip due to the COVID-19 pandemic impacts.

Two hours later, Le Van Tuan, 36, a friend of Bao's, came to the checkpoint to steal the car and drove it away.

The team then found out both Tuan and the vehicle and escorted them to the police station.

Tuan’s act of theft will be handled separately, police said.