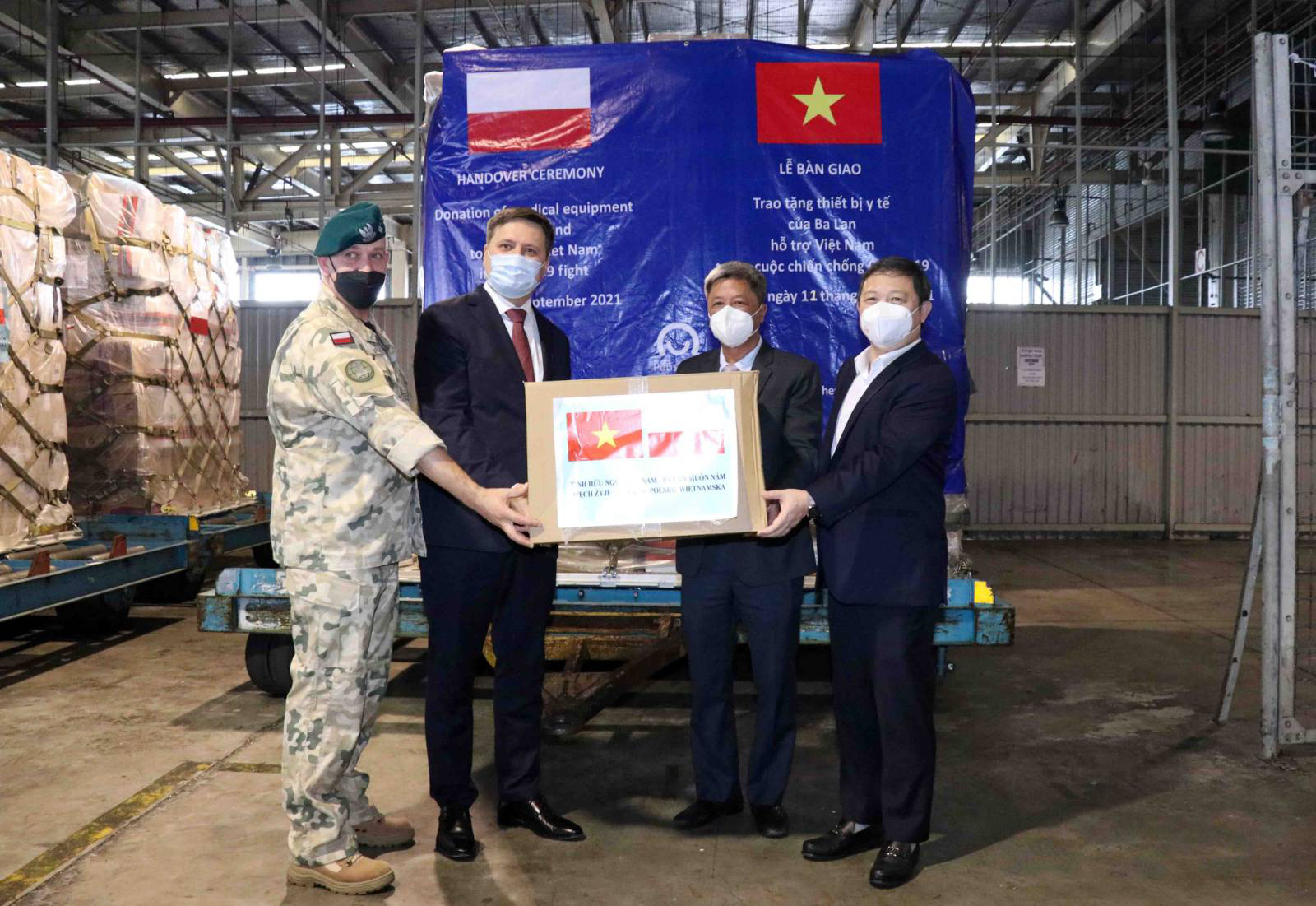 During a ceremony at the airport, Wojciech Gerwel, Polish Ambassador to Vietnam, handed over the aid to Deputy Minister of Health Nguyen Truong Son and vice-chairman of the Ho Chi Minh City People’s Committee Duong Anh Duc.

Ambassador Gerwel stated that Vietnam is Poland's priority partner in the region and the first non-European country to which Poland donated vaccines and medical equipment.

A shipment of 501,600 COVID-19 vaccine shots gifted by Poland previously arrived in Vietnam on August 23.

Deputy Minister Son thanked the Polish government and people for the noble gesture, stating that the health ministry will promptly allocate the medical supplies to provinces and cities to assist in local pandemic prevention and control efforts.

The Vietnamese Ministry of Health is currently working with Poland regarding the purchase of three million more vaccine doses from the European country.

The Polish government previously said it was willing to transfer the vaccine jabs to Vietnam.

The country has recorded 596,980 local infections in 62 out of 63 provinces and cities since the fourth wave began on April 27.