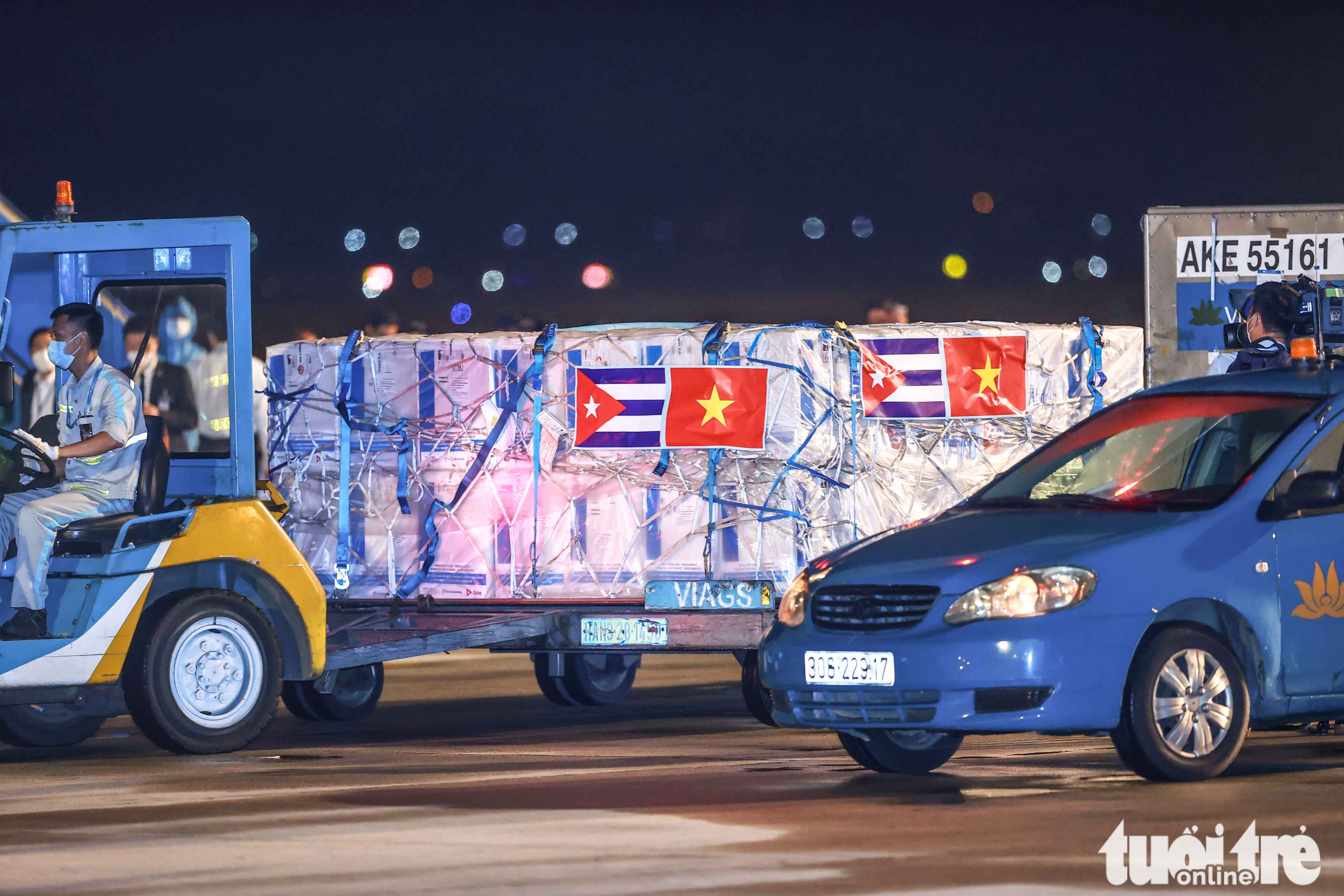 Vietnamese State President Nguyen Xuan Phuc arrived in Hanoi along with more than one million Cuban-made Abdala COVID-19 vaccine doses on Saturday night, following his working trip to Cuba and the United States.

President Phuc landed at Noi Bai International Airport at around 9:00 pm, concluding his official visit to Cuba and trip to the U.S. to attend the high-level general debate of the United Nations General Assembly and bilateral activities in New York from September 18 to 24.

A ceremony was then organized to hand over 1.05 million Abdala COVID-19 vaccine doses and medical equipment, which were transported to Vietnam on the president’s special plane.

The 1.05 million Abdala shots include 900,000 doses delivered by Cuba's Center for Genetic Engineering and Biotechnology (CIGB) and 150,000 doses gifted by the Cuban defense ministry.

Vietnam’s Center for Research and Production of Vaccines and Biologicals (Polyvac) previously signed an agreement to purchase five million shots of the Abdala vaccine from the CIGB on September 20, within the framework of Phuc’s official visit.

According to Deputy Minister of Foreign Affairs Dang Hoang Giang, the president’s working trip achieved all targets, while one of the prominent and practical achievements is the support from the international community for Vietnam’s fight against COVID-19.

Foreign countries and partners committed themselves to providing about 1.5 million vaccine doses to Vietnam, while the U.S. promised a large volume of vaccines to the Southeast Asian country through the COVAX mechanism in the coming time.

Pfizer also pledged to supply all 31 million doses as part of a contract with Vietnam within this year and 20 million other jabs for children when the firm collects sufficient research data.

Besides the vaccine doses, many partners supplied Vietnam with medical equipment valued at US$8.8 million.