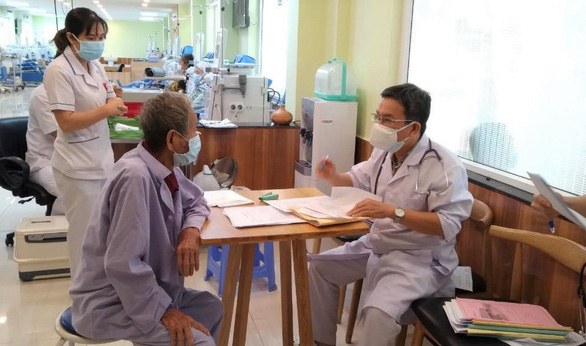 Vietnamese remain healthy only until 64 yo despite higher average life expectancy: geriatric conference

General statistics have shown Vietnamese enjoy only 64 healthy years on average compared with their current life expectancy of over 73 years old, heard a national geriatric conference held recently in Hanoi.

Vietnam now has over 12 million people aged 65 and older, with the number estimated to exceed 14 million by 2036, when Vietnam will officially enter the aging population stage, according to the conference.

The nation is one of the 10 countries with the fastest population aging in the world.

Experts assessed that the elderly in Vietnam have been facing numerous health problems.

On average, a person aged 65 years old in Vietnam suffers from three diseases while a survey carried out among the group over 80 years old found that each of them has an average of 6.9 diseases.

Dr. Nguyen Trung Anh, director of the National Geriatric Hospital in Hanoi, said that the common diseases include coronary heart disease, hypertension, diabetes, osteoarthritis, and cancer, in addition to typical syndromes in the elderly such as cognitive decline, confusion, depression, and memory loss.

“Medical costs for the elderly are seven to 10 times higher than that of young people as the elderly consume 50 percent of the amount of medicine,” said Dr. Anh.

Meanwhile, the health care system has not yet met the growing needs of the elderly.

Currently, Vietnam has a shortage of geriatricians, experienced nurses, and an underdeveloped system of nursing homes with or without medical care.

The care for the elderly has mainly relied on family members, the number of whom, however, is decreasing.

A survey of 610 elderly people from 80 years old living in the suburbs of Hanoi showed that a significant proportion of them are living alone while nearly 28 percent need help with daily activities, such as eating and dressing.

At the conference, experts also suggested that in order to provide comprehensive care for the elderly and move forward to meeting the needs of this age group as their proportion increases, hospitals need to establish their geriatric wards.

Besides, it is necessary to build a system of nursing homes with medical care, day care centers providing services for the elderly, or apartment models for them.

Experts estimate that the elderly will live healthier if they stay in the community, instead of hospitals, for as long as possible.