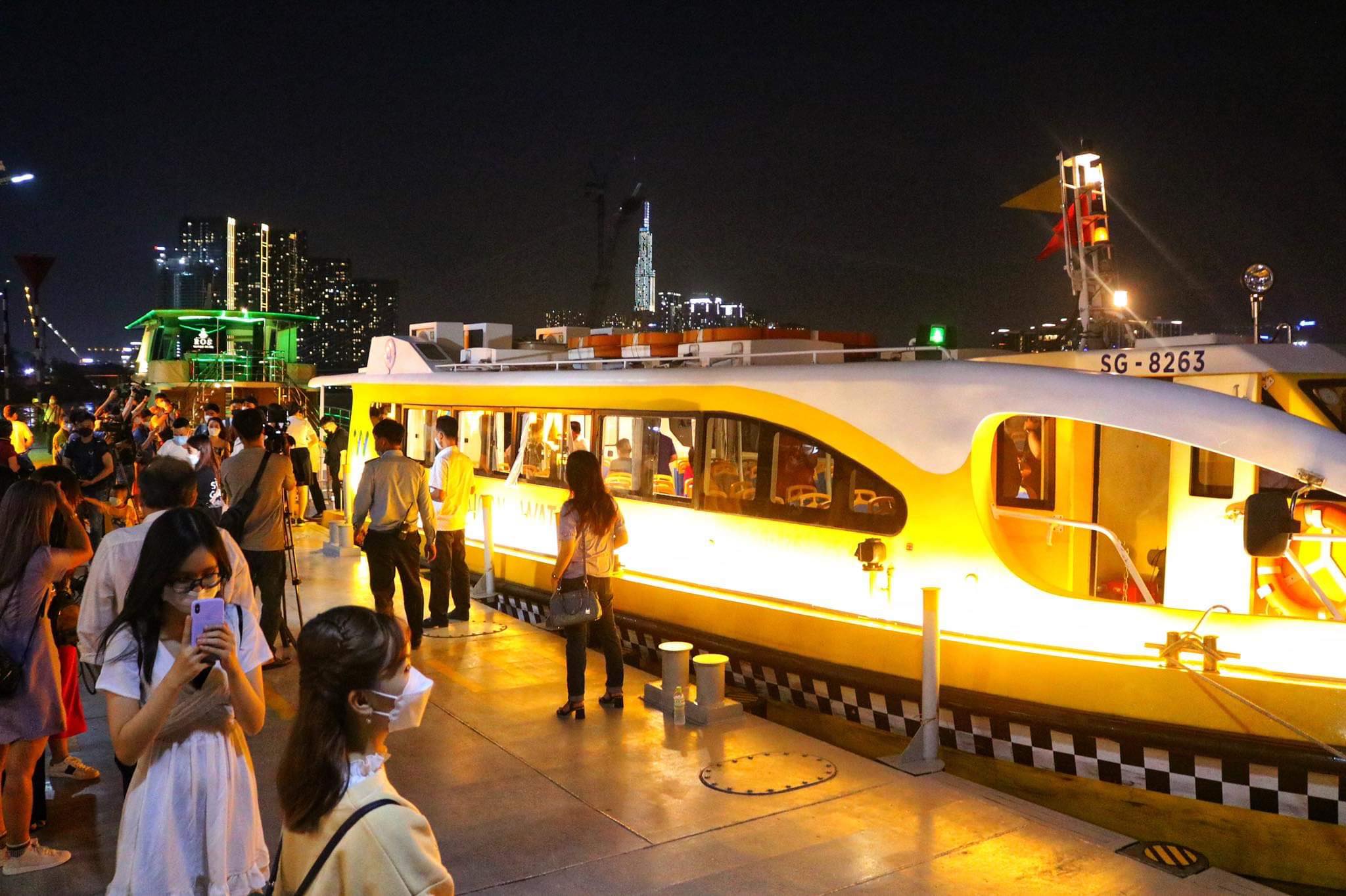 Hundreds of people in Ho Chi Minh City rejoiced in a night water bus trip on the Saigon River upon its inauguration on Friday, with all tickets snapped up in the blink of an eye.

In the first phase, Thuong Nhat Company’s evening buses operate from 5:00 pm to 9:00 pm every day.

The demand for the service was so strong that a slew of people started queuing at Bach Dang Wharf in District 1 as soon as 3:00 pm on Friday.

Many late queuers had to switch to booking tickets for trips on another day as all slots for the night had been sold out.

After completing the ticket checking and health declaration procedures, passengers who were lucky enough to secure a seat on the water bus saw it slowly leaving the wharf amid brightly lit buildings.

The water bus operator treated 75 passengers on the tour with a special performance featuring Sai Gon dep lam (Beautiful Saigon), an iconic song considered a musical embodiment of Ho Chi Minh City, in the middle of the trip.

“Luckily, I managed to purchase the last four tickets for tonight’s trip,” said Tran Trieu Binh, a resident of District 1.

“As soon as we got on the bus, my two children became very excited, asking constantly about the night river view.

“In my opinion, the night bus provides a useful experience for the people and an opportunity for many generations to access the culture and history of the city, in addition to a type of multi-functional public transport to reduce traffic pressure on roads.”