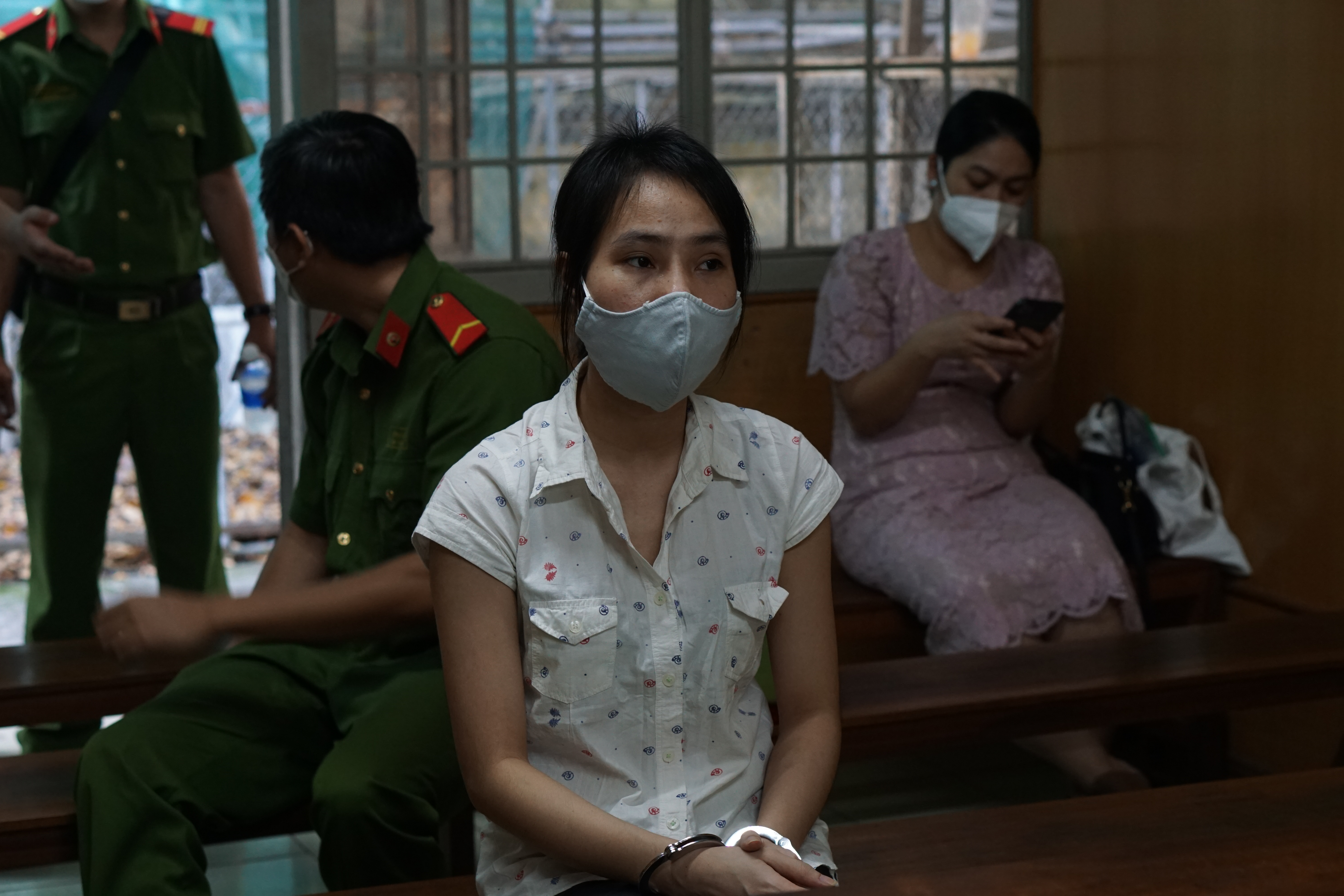 A woman from Ho Chi Minh City who was a popular TV comedy show contestant has been sentenced to 19 years in prison for robbing a local bank, stating that she decided to commit the crime as she had had recurrent dreams about it.

The municipal People’s Court on Tuesday handed the jail term to Phung Thi Thang, 26, who hails from northern Bac Giang Province, for robbery.

Her indictment showed that Thang planned to rob a bank in October last year to pay her debts.

To prepare for the heist, the woman followed some online guidelines to make two bomb-like objects that did not contain any dynamite or detonator.

At 12:20 pm on October 10, 2020, she put on a wig, sunglasses, and a face mask before arriving at a branch of Techcombank in Tan Phu District, Ho Chi Minh City.

Thang used the fake bombs to threaten the bank employees, forcing them to put money into her bag.

She then left the venue with about VND2.2 billion (US$96,000) but was arrested at a shopping mall later the same day.

At the trial, Thang denied having robbed the bank due to heavy debts.

The defendant stated she was capable of paying her debts without having to commit the crime.

Thang claimed to have had recurring dreams about a bank heist and decided to realize these dreams.

She stressed that she neither intended to hurt anyone and nor cared about how much money she took, adding that she was obsessed with action movies.

Thang became a quite familiar face on TV after participating in a popular comedy competition in early 2020.

She had dropped out of a university in Hanoi before moving to Ho Chi Minh City.