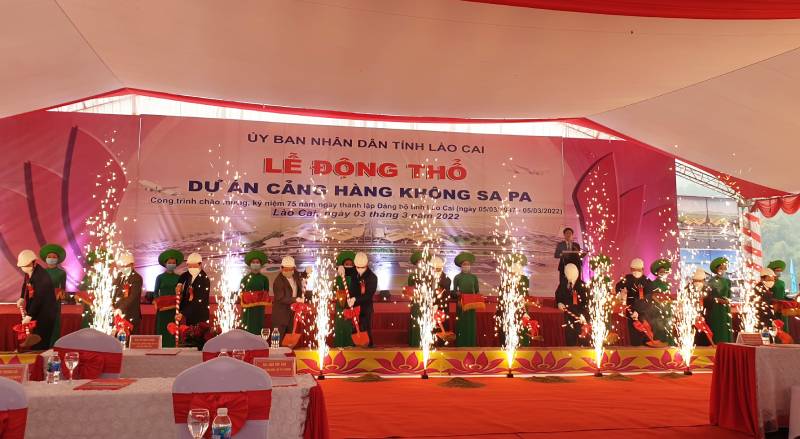 The project, developed under the public-private partnership (PPP) format, is located on a 371-hectare plot in Cam Con Commune, Bao Yen District, about 35km south of touristic Sa Pa.

The first phase includes building an airport with a capacity of 1.5 million passengers per year.

The second phase, scheduled for 2028, involves doubling the airport’s capacity to three million passengers per year.

The government will be charged with site clearance while private companies will handle construction.

The government will contribute VND2.73 trillion ($119.5 million), or 39 percent of the total investment, while private investors will cover the rest.

Sa Pa Airport is one of six new airports approved for construction by 2030 in Vietnam, which has 22 airports at present.

Lao Cai is home to Sa Pa Town, which is around 330 kilometers from Hanoi and is one of Vietnam’s most famous tourist destinations.

In 2021, Lao Cai welcomed more than 1.3 million tourists, raking in over VND4.2 trillion ($183.8 million) from tourism activities, according to the Ministry of Culture, Sports, and Tourism.