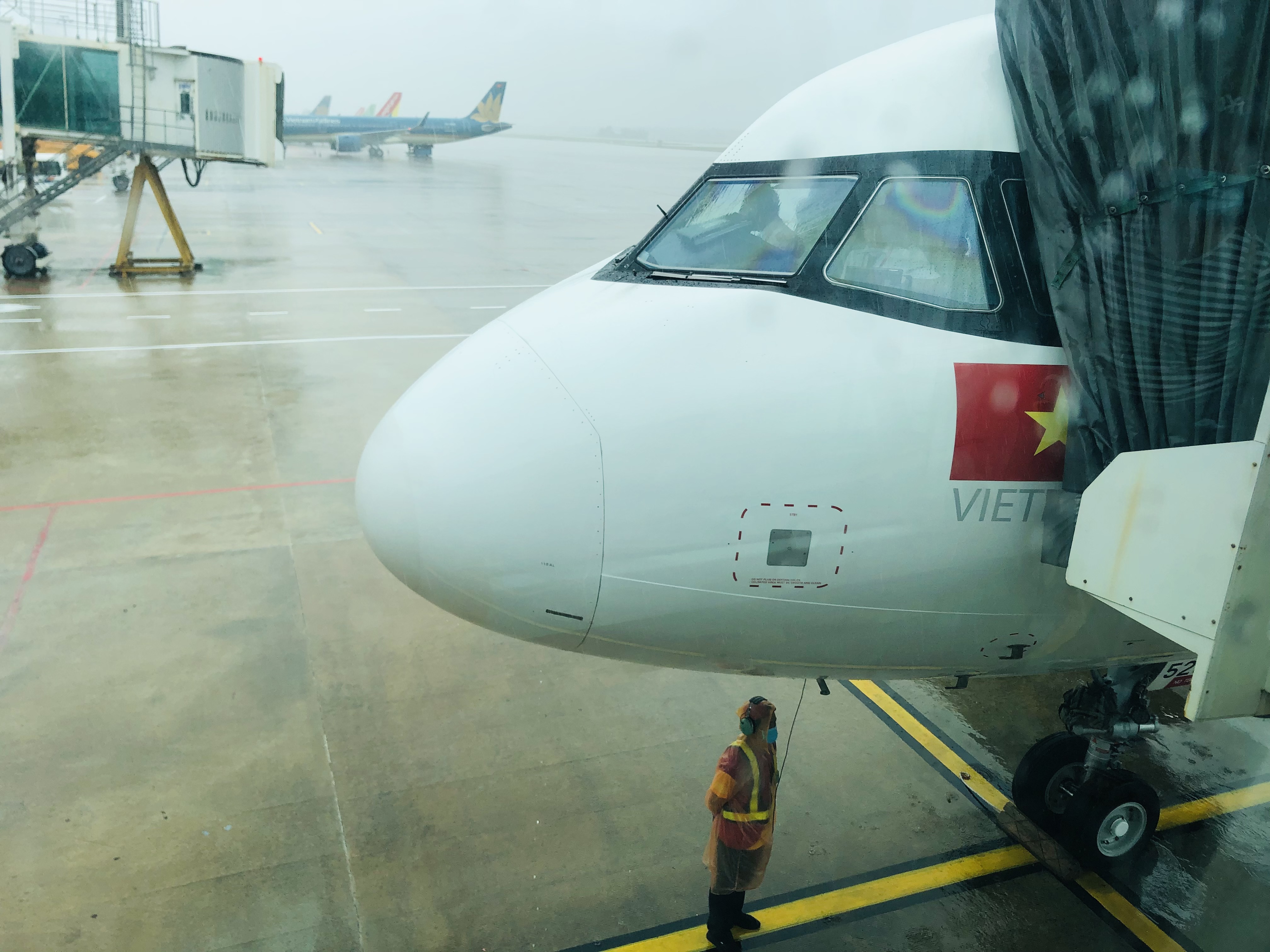 Many flights to Phu Quoc Island off the southern Vietnamese province of Kien Giang had to fly for an additional 20 to 30 minutes before landing due to a heavy downpour on Monday afternoon.

They include flight VJ321 departing from Ho Chi Minh City and flight QH2181 from southern Can Tho City.

Preliminary statistics showed that a total of seven flights were under the holding pattern because of the heavy rain on Monday.

Another flight operated by flag carrier Vietnam Airlines from Ho Chi Minh City temporarily landed in Can Tho City and waited for better weather conditions before taking off again for Phu Quoc.

It arrived in Phu Quoc at 1:53 pm on the same day, an hour and 33 minutes behind the original flight schedule.

Flight operations at Phu Quoc Airport resumed to the normal state by 2:00 pm on Monday.

Airlines stated that the situation, which was a force majeure circumstance of air transport, caused damage to them, without giving a specific number.