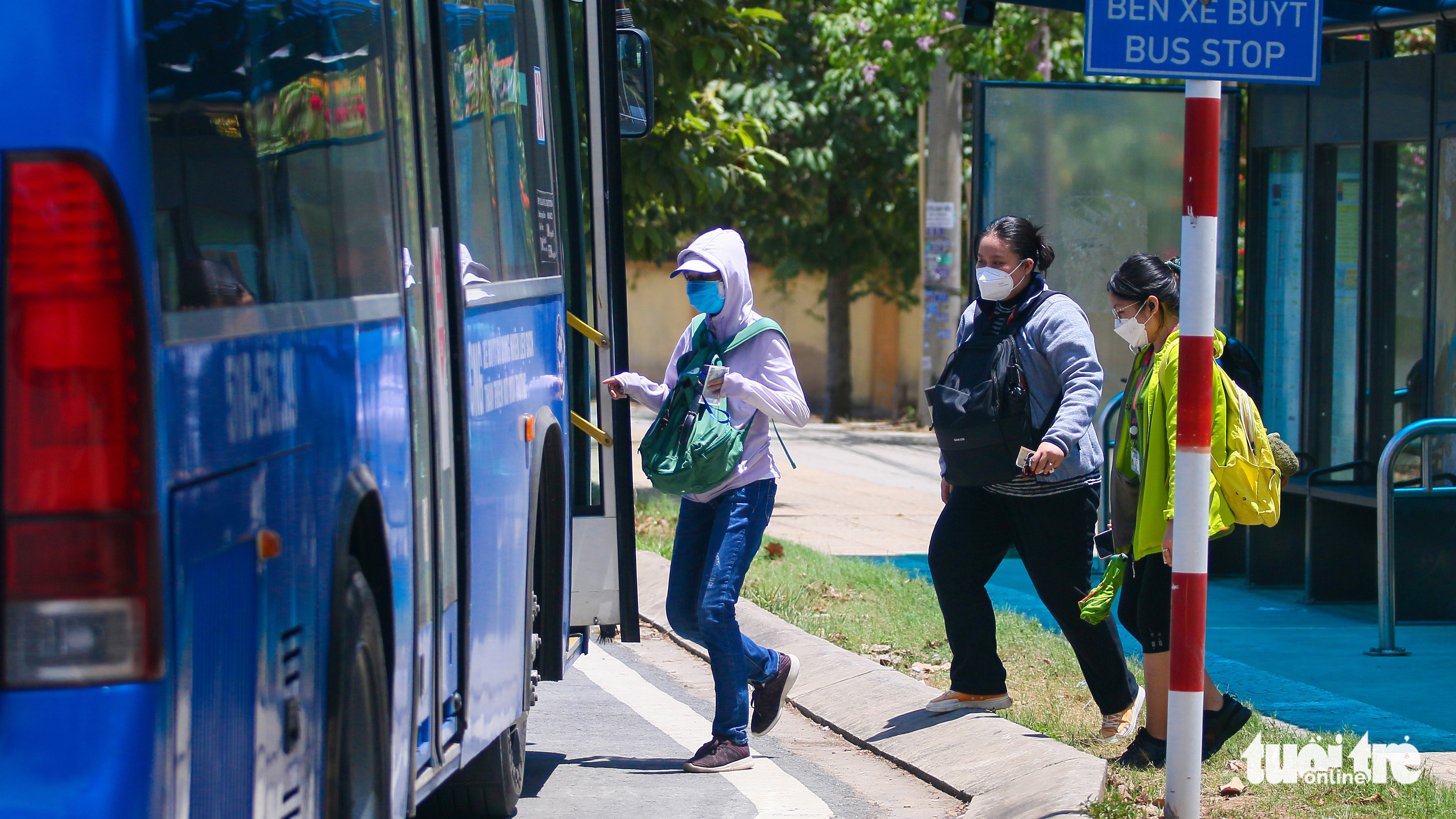 Many people, including students, have admitted to being sexually harassed on public buses in Ho Chi Minh City recently.

M.P., a young woman, is one of these victims.

She shared her frightening incident on a No. 53 bus at 4:00 pm on February 28 on social media.

Anyone can become a victim

On that day, a young man actively sat closer to P..

After using a school bag to cover himself, he touched P. sexually with his hands.

"At first I thought I was mistaken because I was so tired," the young girl recalled.

"But when he touched my breast, I realized with surprise what had happened, and I ran to another place.

"I was too shocked to scream. As soon as I changed seats, he also got off the bus."

According to P.'s description, the man had a slender figure and looked like a student, which is why she was initially inattentive.

"Be careful when you are on a public bus, girls," P. said.

Male commuters have also fallen victim to such sexual harassment.

N.K., a 21-year-old college student in Ho Chi Minh City, recounted being harassed on a No. 8 bus despite so many people on board.

According to K.'s recollection, the bad guy was rather thin and wore a black jacket over his head.

Due to car sickness, K. suffered from a sense of illusion while being on board.

"While I was feeling faint, he first tried to lean over to my shoulder. Then he proceeded to put his hand on my thighs and crawled to sensitive body parts," the young student recounted.

"I woke up in surprise and immediately pushed his hand away.

"That was the first time I had experienced such an incident that scared me so much.

"I did not know what to do so I rushed to the bus driver's place."

K. told his family the story, and he has not ridden the bus since.

"I have seen so many students' reports of sexual harassment on public buses lately. I hope the authorities will deal with this problem as soon as possible," he suggested.

Le Hoan, deputy director of the Ho Chi Minh City Management Center of Public Transport, told Tuoi Tre (Youth) newspaper that the center has asked relevant transport companies to jointly deal with the problem when such reports of sexual harassment on public buses are received.

Solutions include increasing staff to investigate the reports.

They will review the videos recorded in the CCTV camera systems of the buses and extract the footage to identify the suspects if they need to do so to assist investigators.

Hoan acknowledged that the agency has encountered many difficulties in settling the issue as it is a special problem.

Notice boards have also been placed near bus stations in addition to more surveillance cameras on buses to increase commuters' safety.

"When sexual harassment happens, most victims are too ashamed to report it, so people nearby are not aware of it and there is no help as a result," Hoan said.

"When it does occur, victims need to shout loudly to get timely assistance from bus attendants and drivers."

Students make up the majority of commuters on public buses in Ho Chi Minh City.

According to Tuoi Tre reporters' observation, there are always 3-4 cameras on a bus.

Six cameras are even installed on some electric buses at the stop at Vinhomes Grand Park in Thu Duc City.