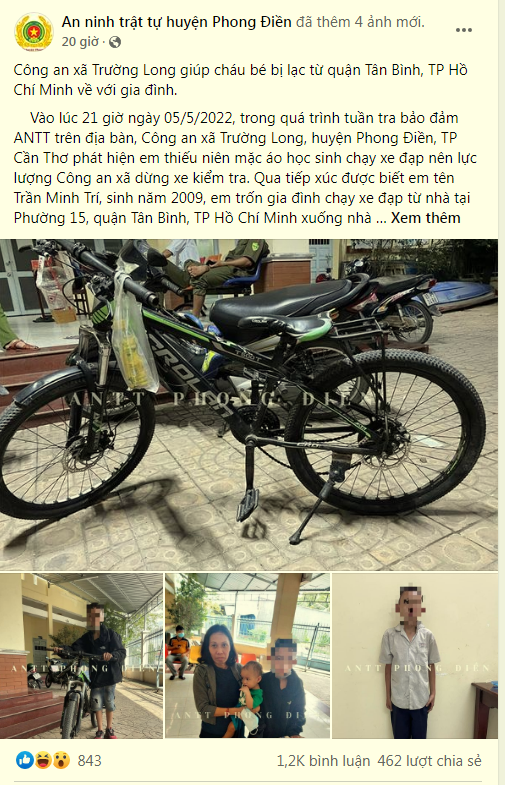 Authorities in Can Tho have handed a 13-year-old boy hailing from Ho Chi Minh City over to his family after he cycled about 200 kilometers from the southern metropolis to the Mekong Delta city to visit his girlfriend, according to the Vietnam News Agency.

A patrol team of Truong Long Commune police noticed that T., wearing in a student uniform and a backpack, looked tired on his bicycle on Thursday night.

The police stopped T. and found out that he traveled from Tan Binh District to the house of 12-year-old V., with whom he had developed a romantic relationship via the Internet, in Truong Long Commune.

The team took the boy to the police station and took care of him.

Accordingly, T. began his 200-kilometer trip on Tuesday without telling his family members and did not bring his cellphone along, but took VND500,000 (US$22) with him to cover expenses.

T. had used up the amount before meeting Truong Long Commune police.

On the way, the boy stopped at Dien May Xanh and The Gioi Di Dong stores, two Vietnamese household electronic appliance and mobile phone chains, to use display phones to log in Vietnamese chat app Zalo to keep track of V.’s location and make it to Truong Long Commune.