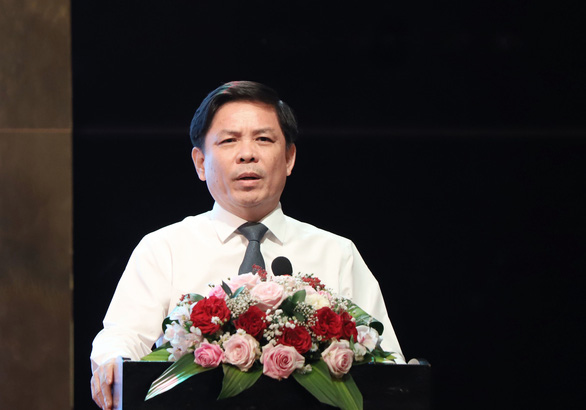 Vietnamese Minister of Transport Nguyen Van The stated this week that up to 500 kilometers of expressways will possibly be available for use in the Mekong Delta region by 2026, when he ends his five-year term.

Minister The was speaking at a conference in Can Tho City on Tuesday morning regarding investment planning and promotion in the delta for the 2021-30 period.

After briefing the conference on the current traffic infrastructure situation and presenting a plan on infrastructural development in the region in the coming time, the minister stressed that 400-500 kilometers of expressways will be built during his term from 2021 to 2026.

The region’s traffic development has long been hampered by many bottlenecks and despite efforts to resolve them by the Party and state, the current traffic infrastructure there has yet to meet expectations and thereby needs to be developed soon, the minister said.

His statement was made in the context that the region, which is deemed to be the granary of Vietnam, needs more expressway systems to better serve its more and more trade links with neighboring Ho Chi Minh City, a business hub, and many other major localities.

Therefore, over the past several years, The said, his ministry has tried to attract more investors to the region while improving traffic infrastructure to spur its socio-economic development.

He noted that the lawmaking National Assembly has agreed to earmark about VND86 trillion (US$3.72 billion) for breakthrough investment projects in expressway building in the Mekong Delta.

Currently, he continued, the region has 90 kilometers of thruways in use and another 30 kilometers under construction.

As such, together with the current expressways, the region will have 400-500 kilometers of freeways by the end of 2026, provided that there will be sufficient resources and all the projects are completed on schedule, The stated.

“At this conference, I hope investors to pay more attention to investment in the Mekong Delta, as the mentioned projects will certainly speed up socio-economic growth in the region,” the minister said.

In short, the 2021 - 26 term will leave a very bold imprint in the Mekong Delta’s traffic infrastructure development, which will facilitate further growth of the region in the future, the minister concluded.

The Mekong Delta, which has 13 administrative units, including a centrally-run city (Can Tho) and 12 provinces, covers 40,547.2 square kilometers and has a total population of over 17.2 million people, accounting for 13 percent of Vietnam’s area and nearly 18 percent of the country’s population, the General Statistics Office of Vietnam reported in 2019.