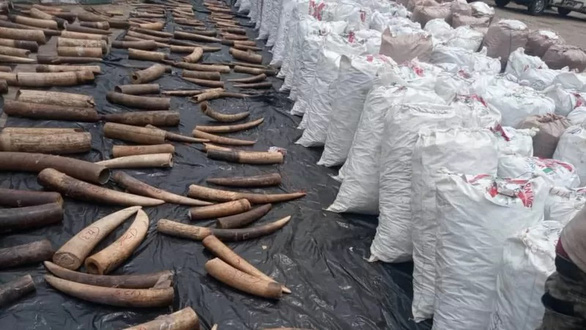 The arraignment took place on July 20, according to SEEJ-AFRICA, a Kenya-based wildlife conservation organization.

The defendants were accused of illegally possessing, dealing, assembling, storing, smuggling, and trading pangolin scales and elephant ivory between 2018 and 2022 in Lagos.

They were arrested in Nigeria in May and June this year.

Their arrests led to the seizure of six metric tons of ivory, rhino horn, pangolin scales, animal bones, and canine teeth in Port Klang, Malaysia on July 10, according to SEEJ-AFRICA.

Among the arrestees, Phan Viet Chi, aka Phan Chi, was identified by the Environmental Investigation Agency (EIA) as the head of the trafficking syndicate in the 2017 report 'Exposing the Hydra.'

Each defendant pleaded not guilty and sought bail, according to SEEJ-AFRICA.

The justice remanded the defendants in an NCS facility until the hearing and determination of their bail application, as well as adjourned the trial until September 30.