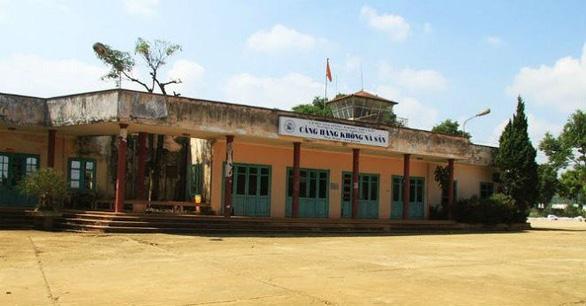 Authorities in Lai Chau and Son La Provinces, northern Vietnam are seeking the prime minister's approval for the construction of airports there.

In a document sent to PM Pham Minh Chinh, the Lai Chau People’s Committee mentioned its plan to build Lai Chau Airport, which is designed to cover 167 hectares and have the capacity of 500,000 passengers per year, in Tan Uyen Town during the 2022-30 period.

The administration stressed that the project plays an important role in promoting the province's socio-economic development as well as contributes to ensuring national defense and security in border areas.

The province has carried out necessary land use planning and site clearance to attract the interest of investors in the project.

Some investors are mulling over implementing the project under the public-private partnership (PPP) model.

PPP involves a contract between a public sector authority and a private party, in which the private party provides a public service or project and assumes financial, technical, and operational risk in the project.

In order to ensure the legal basis and favorable conditions for the construction of the airport, the Lai Chau People’s Committee requested the prime minister to give the green light to the project and authorize the administration to initiate it.

The Son La People’s Committee has also submitted a document to the premier to seek approval for the construction of Na San Airport under the PPP model.

The airdrome is expected to have the capacity of one million passengers by 2030.

The provincial administration previously coordinated with relevant sectors to study the possibility of building the airport with the state budget or capital of the Airports Corporation of Vietnam, but both options were deemed to be very challenging.

The province thus considered using resources from the private sector.

In May 2021, Him Lam JSC suggested a plan to build the airdrome under the PPP model.

During the first phase, Na San Airport is expected to handle up to one million passengers and 350 metric tons of cargo a year, with the cost of the construction estimated at VND2.56 trillion (US$109.4 million).

In the second phase, an expansion costing VND468 billion ($20 million) will be carried out, and the airport capacity will increase to two million passengers a year.

Sydney is set to record its wettest year in 164 years