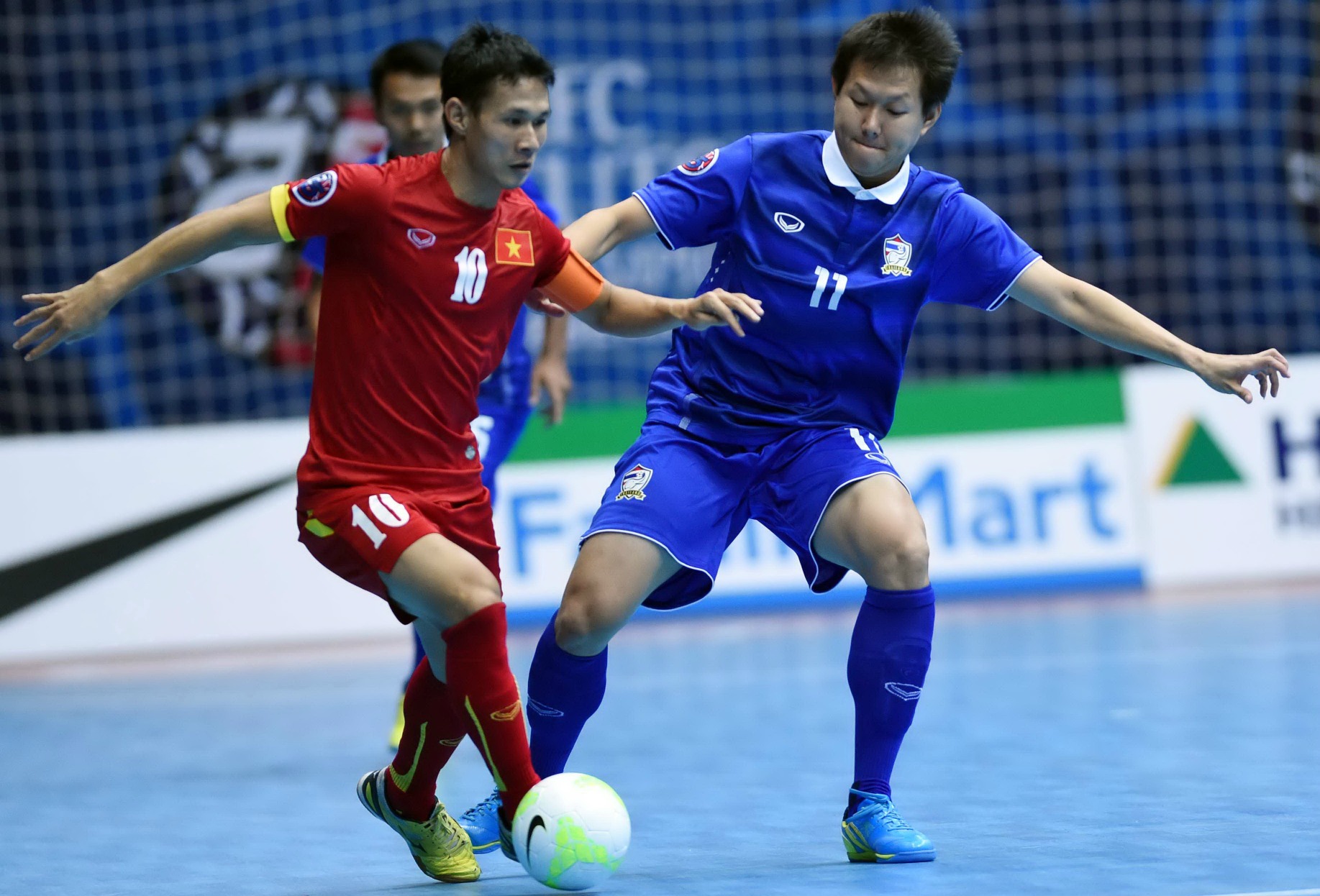 Vietnam missed the chance to take bronze at the 2016 AFC Futsal Championship in Uzbekistan after losing 0-8 to their Thai opponents in the third-place play-off game on Sunday night.

The Vietnamese players were once again overwhelmed by Thailand and were not given any chance to strike at goal during the game.

Despite the one-sided scoreline, the defensive wall of Vietnam, especially goalie Nguyen Van Huy, ave a tenacious performance as they managed to protect the Vietnamese net for long periods from the virtually continuous attacks of their opponents.

Thailand possess great players, namely elite striker Suphawut Thueanklang, who has the honors of the top goalscorer at the 2012 Futsal Championship and the most valuable player at the 2013 tournament.

Bruno Garcia Formoso’s men had shown signs of exhaustion after their historic victory against the Japanese team in the quarterfinal game on February 17, earning the team their first-ever ticket to the 2016 FIFA Futsal World Cup taking place in Colombia this September.

According to FIFA, the top five teams of the ongoing AFC Futsal Championship will qualify for the Colombia tournament as representatives of the Asian Football Confederation (AFC).

Vietnam’s losses to Thailand, along with their 1-13 semifinal defeat on February 19 against the dominant Iranian team, have proven that the Vietnamese still have a lot to do before entering the international arena at the 2016 Futsal World Cup.

The Vietnamese futsal team are scheduled to arrive at Tan Son Nhat International Airport in Ho Chi Minh City on Tuesday afternoon and are expected to hold a meeting with their fans at 8:00 pm the same day.

During the championship finale, Iran edged Uzbekistan to earn themselves the prestigious title of AFC Futsal champions after a 2-1 victory.