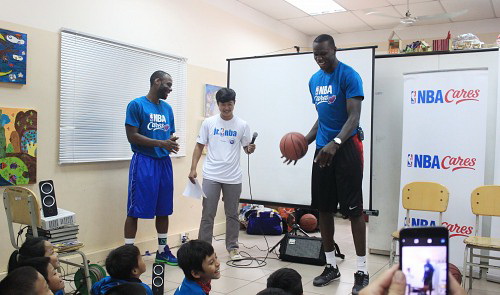 Vietnam Television Cable Corporation, or VTVcab, announced Wednesday that it had reached a deal to purchase the exclusive rights package to air live National Basketball Association (NBA) games in the Southeast Asian country for the three seasons of 2016-19.

The Vietnamese cable TV operator has officially become the first and only broadcaster to televise the famous basketball tournament to its subscribers.

The television company said that it would broadcast 200 live matches every season on The Thao (Sports) TV and Bong Da (Football) TV channels.

The NBA is the pre-eminent men's professional basketball league in North America, according to Wikipedia. It has 30 teams, 29 in the U.S. and one in Canada.