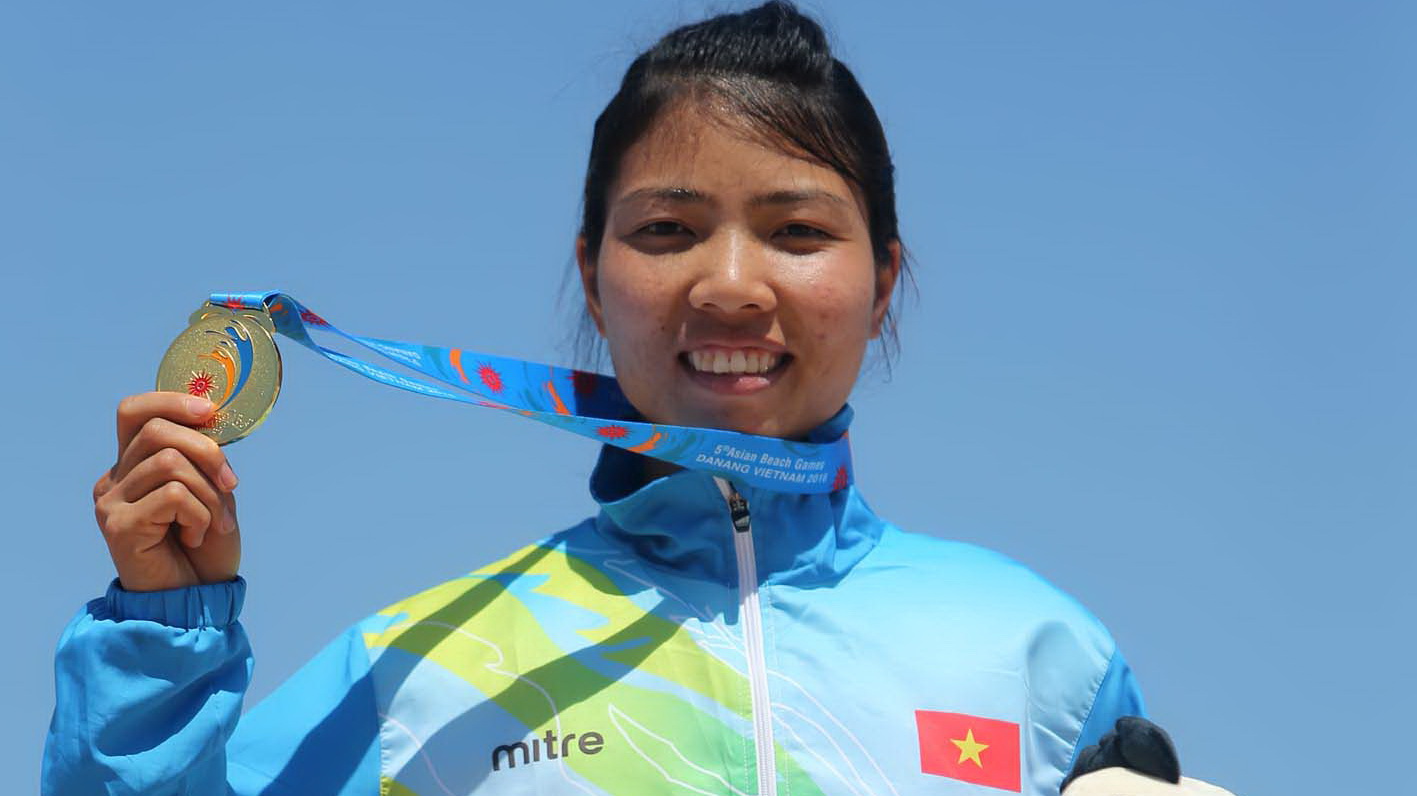 Vietnam has taken the top spot at the fifth Asian Beach Games that concluded on Monday in Da Nang, however local experts are more concerned than thrilled as it gave little indication about the development of the country’s high performance sports stars.

Vietnamese athletes bagged 52 gold, 44 silver, and 43 bronze medals at the fifth edition of the Asian Beach Games (ABG5), held from September 24 until this morning.

The unprecedented achievement of Vietnam’s team at the event was not a cause for celebration however, as many believed it did not necessarily reflect an advancement in the country’s high performance sports.

Vietnam sent a total of 320 athletes to compete in 14 sports at ABG5, setting an initial goal of claiming between 18 and 22 gold medals and making it to the top five in terms of medal count.

From day one until the last competition day of the Games on Sunday, Vietnam was consistently on top of the medal table with the number of gold medals increasing at an unexpected rate.

In athletics, for example, Vietnam exceeded its goal by a huge margin after snatching six gold medals having initially only aimed for one, while the host country also dominated wrestling by collecting all seven gold medals available for the sport.

Nguyen Hong Minh, former director at the Department of High Performance Sports, attributed the team’s over-achievement to the fact that Vietnam included too many indoor sports in a beach sports event, while scrapping other more popular beach sports like sailing, surfing, and parasailing.

“It’s a shame Vietnam doesn’t have the capacity to organize such sports due to a lack of finance and athletes… Instead, we included in the schedule many indoor sports to our advantage such as wrestling, shuttlecock, vovinam, and traditional martial arts. It’s no surprise that we ranked first,” Minh explained.

In addition, he said, most participating countries, except for a few such as Thailand, did not send many athletes to the Games since ABG5 was of little interest to them.

Tran Duc Phan, deputy general director of the Vietnam Directorate of Sports, added that not only did countries not send many athletes to Vietnam, participating athletes were not always the best representatives from their respective countries.

“As a host nation, Vietnam picked our best athletes for the Games. However, it soon became apparent after ABG5 commenced that other countries did not respond accordingly… Even for beach volleyball, for example, the strongest teams in Asia did not compete,” Phan said.

ABG5 was not the first time an Asian Beach Games edition had been met with disinterest from sports giants. It is a fact that has been noticed since the first ABG in Bali, Indonesia, in 2008, according to Nguyen Hong Minh and Tran Duc Phan.

At the 2016 ABG in Vietnam, Japan sent a team of 54 athletes, while the numbers for South Korea and China were 62 and 152 respectively, a far cry from Vietnam’s 320 athletes and Thailand’s 291 athletes to the same event.

Coach Tapsvi Karan Singh Panwar of India’s sepak takraw (kick volleyball) team to ABG5 said he only brought his second formation to Vietnam since their best athletes are saving energy for the upcoming sepak takraw world tournament in Thailand.

The Indian coach said beach sports in his country could not compete in popularity with traditional sports, and that the majority of beach athletes in India were taken from indoor sports or school teams.

Similarly, most Japanese athletes to Da Nang were either young or substitutes that had not qualified for the Olympics or Asian Games. In fact, while Japan won four gold, three silver, and four bronze medals in wrestling at the 2014 Asian Games, the country’s wrestling team to ABG5 fell far behind on the medal table compared to Vietnam.

Minoru Tsuitsui, a member of the Japanese Olympic Committee, said beach sports in Japan were more recreational than competitive, and that the country only focused on sports such as beach volleyball, beach soccer, and beach handball, or sports that are actually played on the beach.