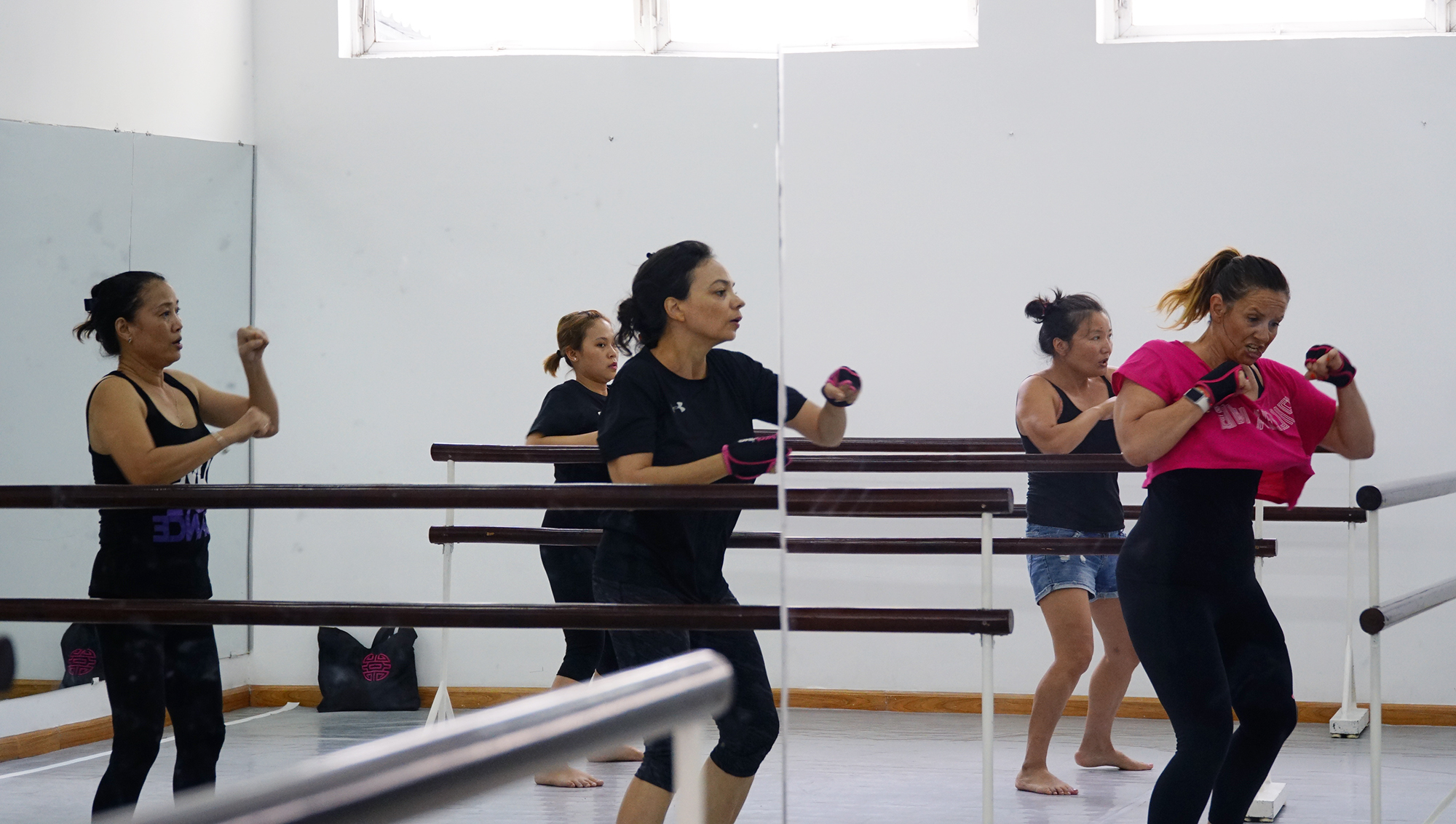 ​Piloxing barre: a new sports trend for women in Vietnam

Boxing and dancing together is proving the perfect combination of exercise for a rising number of women in Vietnam.

Piloxing barre, the official name of the sport, was introduced to female sports lovers in the Southeast Asian country only two weeks ago via a program named 'Power Women Series,' organized by a well-known sports brand.

The sport has quickly gained a lot of attention and become a new trend in exercise.

“Piloxing barre is well cut out for the ladies. The movements are strong enough to make us sweat but also maintain poise in dancing,” Ngoc Yen, a newcomer to the sport, said. “It is exhausting yet very exciting.”

The classroom she uses is equipped with air conditioners and surrounded by mirrors.

Following a warm-up, learners begin their practice by executing basic boxing moves such as jab, hook, and uppercut.

The movements are mixed with lively dance steps to the sound of up-tempo music.

During the lessons, each student stands next to a set of horizontal bars, akin to those used in ballet training, to help them keep balance.

Piloxing barre can be thought of as an elegant form of boxing or a tougher form of dancing, coach Barblan said, adding that it is a good cardiovascular exercise that usually lasts for 45 minutes.

The sport can help improve strength and endurance, she elaborated.

It can also be a good choice for people with heart and joint conditions, the Swiss instructor said.

However, she recommended that her trainees undergo proper health-checks to understand whether they are suitable for the sport.

Emmanuelle Dupasquier, a French expat who has practiced piloxing barre for some time, said that women were often afraid that certain types of exercise would affect their figures.

Piloxing barre was invented by Viveca Jensen, a professional dancer in Sweden, who also has a master’s degree in pilates.

‘Piloxing’ is the combination of pilates and boxing, while ‘barre’ represents the horizontal bars included in the lessons.

The sport has been introduced in 92 countries and attracted about 1.5 million registered students.