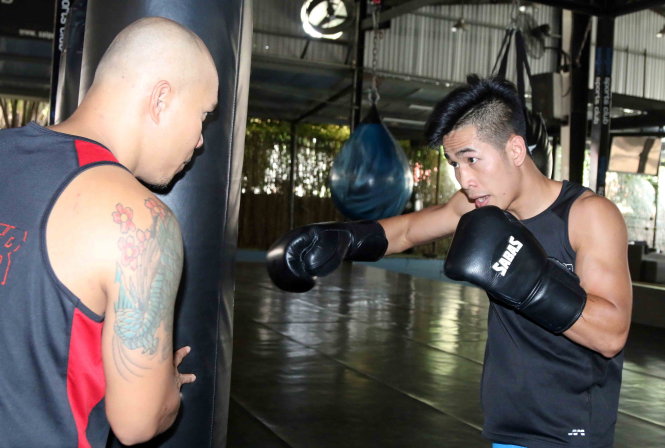 Vietnamese boxer Tran Van Thao is making a name for himself in the boxing world.

Thao’s professional record now sits at 7-0, five of which ended by knock-out.

The young boxer’s professional career started with a 6-0 bang on October 3, 2015 against South Korean opponent Yo Han Bae.

In the press interview before the match, doubt was cast on whether Thao would make it past round two.

Being cast as an underdog only fueled the Vietnamese boxer, who wound up ending the fight with a convincing victory and entering Asia’s professional boxing world with a bang.

But Asia is just the beginning of Thao’s journey.

“My dream is to earn recognition for Vietnamese boxing around the world, not just in Asia,” Thao said.

“I am happy and proud to help Vietnamese boxing achieve something. But I have to keep trying.

“Winning the belt is tough. Defending it is even tougher because the challengers are strong opponents.”

After the triumph, Thao gave himself a 48-hour rest period before getting back in the gym six to eight hour a day, six days per week.

An amateur match has three rounds, but professionals fight for six or 12 rounds. Boxers who want to ensure they are in peak condition train for 24 rounds.

At the age of 14, Thao suffered from a period of malnutrition, barely tipping the scale at 40kg with a height of 1.63 meters.

Two years later, in 2008, Thao was told that boxing could help him become healthy and prevent bullying.

Only a year later, he was called up to the Ho Chi Minh City boxing team, where he won a national title.

Thao successfully defended the title for the next five years until he suffered a loss at the Vietnam National Games in 2014.  A severe injury shortly after affected his passion for the sport.

It took three months before he decided to give the sport another shot.

He then decided to join Saigon Sports Club, the largest mixed martial arts and cross training center in the city, to rekindle his fire.

When asked whether his physical strength could be compared to foreign opponents, Theo replied with confidence: “Manny Pacquiao of the Philippines has proven to the world what Asian boxers can achieve. No one believed me when I said I would be successful as a professional boxer two years ago. Now I am.”