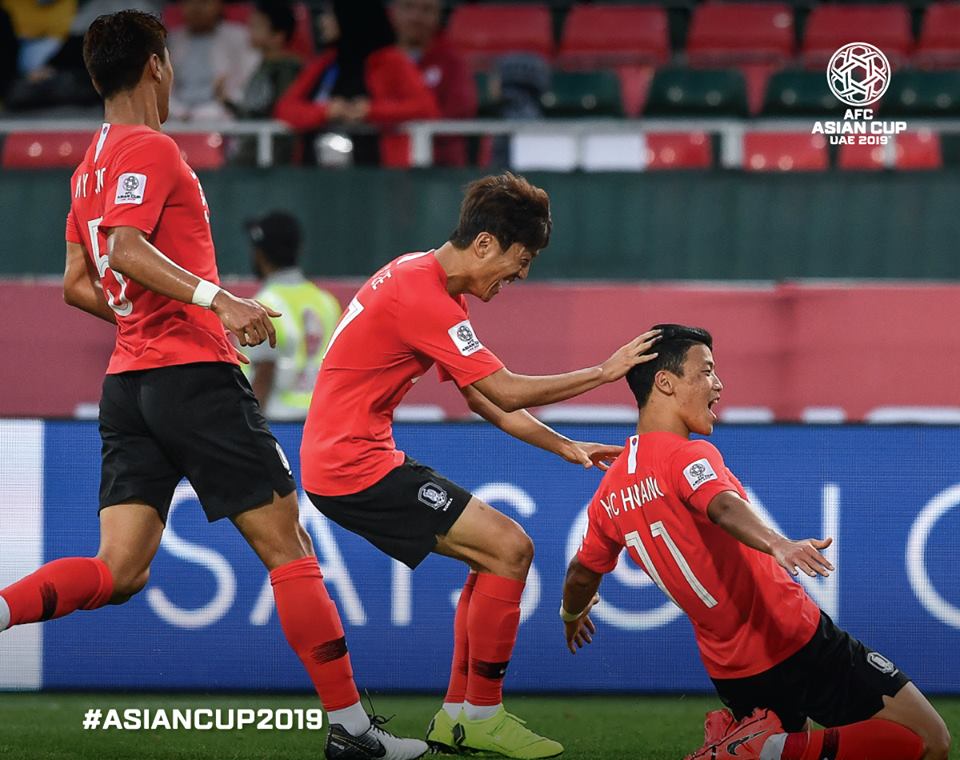 DUBAI, Jan 22 - Kim Jin-su's extra-time header took South Korea past a stubborn Bahrain and into the quarter-finals of the Asian Cup on Tuesday as Paulo Bento's side sealed a 2-1 win at Dubai's Rashid Stadium.

The goal, scored in stoppage time of the first period of extra time, earned Korea a barely deserved win after Bahrain's Mohamed Al Romaihi had earlier cancelled out Hwang Hee-chan's opener to take the game beyond 90 minutes.

Bento's side will now face either Qatar or Iraq in the last eight as the Koreans seek to win the title for the first time since 1960.

Victory came despite Korea making a slow start and Miroslav Soukup's Bahrain looked the more likely to break the deadlock.

Mohamed Marhoon's strike from distance flashed just wide of Kim Seung-gyu's goal with only four minutes on the clock and, midway through the half, the Al Riffa midfielder skied his free kick from a similar distance over the bar.

The 27-year-old's incisive ball out right found Lee Yong and, while his low cross was parried by Sayed Shubbar, the rebound fell to Hwang Hee-chan who made no mistake from eight yards out.

The Koreans continued to press in the opening exchanges of the second half, with Hwang Ui-jo's attempt blocked by Shubbar and Hwang In-beom shooting over from outside the area. Jung Woo-young then had his free kick deflected wide.

Soukup's team were never overawed and, with 20 minutes remaining, Jamal Rashed's curling effort looked destined for the back of the net, only for goalkeeper Kim Seung-gyu to steer the ball wide for a corner.

However, Bahrain were level seven minutes later with Al Romaihi scoring from close range after Hong Chul had slid in to keep out Mahdi Al Humaidan's initial goal-bound effort.

Hwang Ui-jo should have won it for Korea three minutes into stoppage time when Waleed Al Hayam's poor back pass was intercepted by the Gamba Osaka striker, but he slid his shot wide of Shubbar's goal.

Kim Jin-su's bullet header following Lee Yong's deep cross from the right eventually secured the win for Korea, who may have to improve if they are to end their 59-year wait for the title.