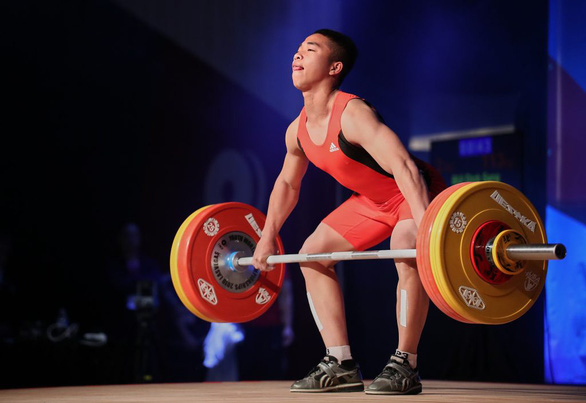 Vietnam’s weightlifting administrators are fearing the worst that their athletes will not be allowed to compete at the upcoming Tokyo Olympics after two more of their athletes have been punished by the International Weightlifting Federation (IWF) for doping.

Nguyen Thi Thu Trang, 17, and Bui Dinh Sang, 18, who compete in the 45kg female and 61kg male weightlifting categories, tested positive for doping, according to an announcement from the IWF.

Trang and Sang have been barred from competition for four years, starting January 27, 2020.

Do Dinh Khang, an officer at the Vietnam Sports Administration, told Tuoi Tre (Youth) newspaper that the two young Vietnamese athletes were tested by the World Anti-Doping Agency (WADA) during their practice time in Hanoi when they were not preparing for any competition.

Khang admitted the Vietnam Sports Administration currently has no framework for the control and punishment of doping due to its limited capabilities.

Vietnamese weightlifting is thus at high risk of being banned from the Tokyo Olympics, for which Thach Kim Tuan and Hoang Thi Duyen have technically qualified.

As a rule, any country with three or more doping violations during the Olympics qualifiers, which commenced in November 2018, may face a ban from competing at the Games.

The Tokyo Olympics is scheduled to take place from July 23 to August 8, 2021 in Tokyo, Japan, instead of the original schedule between July 24 and August 9, 2020 due to the COVID-19 pandemic.