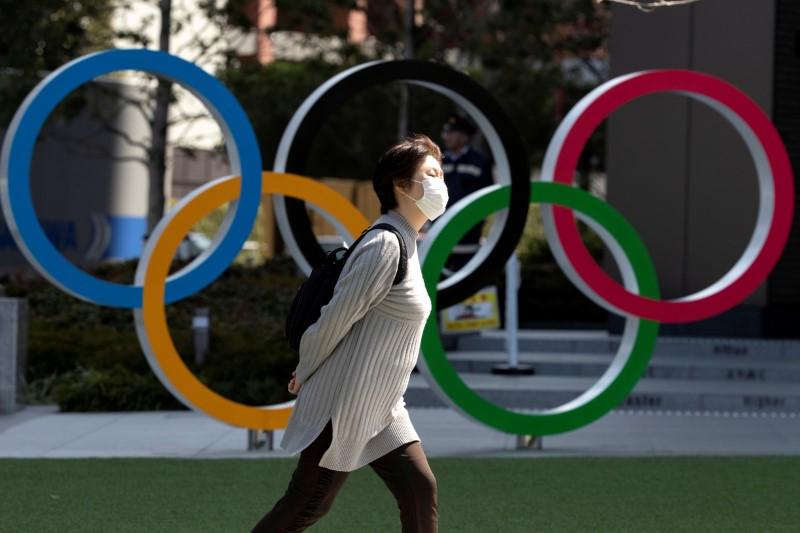 Japan’s government moved to cool a social media furore on Thursday saying it was currently not looking to prioritise COVID-19 vaccines for Olympic athletes, dismissing a media report that said it was weighing the option.

The social media outrage comes as Japan’s inoculations are lagging well behind other major economies. Only a million have received the first dose of the Pfizer vaccine since February, out of its population of 126 million, and the more vulnerable elderly do not even start getting their shots until next week.

New infections have spiked ahead of the Olympics, which are set to start in July. Tokyo saw 545 new cases on Thursday and its governor said she would ask the central government to impose emergency measures in the capital region.

According to a Kyodo news agency report, which cites government officials, Japan has begun looking into the possibility of making sure its Olympic and Paralympic athletes are all vaccinated by the end of June.

“Give it to my mother first,” wrote a Twitter user. “Athletes are all young and healthy.”

The outrage continued even after Chief Cabinet Secretary Katsunobu Kato said the government was not looking to give priority to Olympics athletes.

Many people noted that the original plan for vaccinations gives priority to medical workers, the elderly and those with chronic conditions, with ordinary citizens unlikely to get theirs before the summer.

“This is really weird. Given that we have no idea if even all the elderly will have received their vaccines by mid-June, you’re going to have all the athletes have theirs?” a user with the handle “Aoiumi2” posted on Twitter.

While the government has said it will push ahead with the Olympics as planned from July 23, a vast majority of Japanese want the Games to be cancelled or postponed again.

A number of test events for some sports have recently been cancelled or postponed due to concerns about the pandemic, and on Tuesday leading business executive Hiroshi Mikitani wrote on Twitter that holding the Games was “risky”.

“Honestly, I feel that the Olympics this summer are just far too risky. I am against them,” wrote Mikitani, the CEO of Japanese e-commerce group Rakuten Inc.