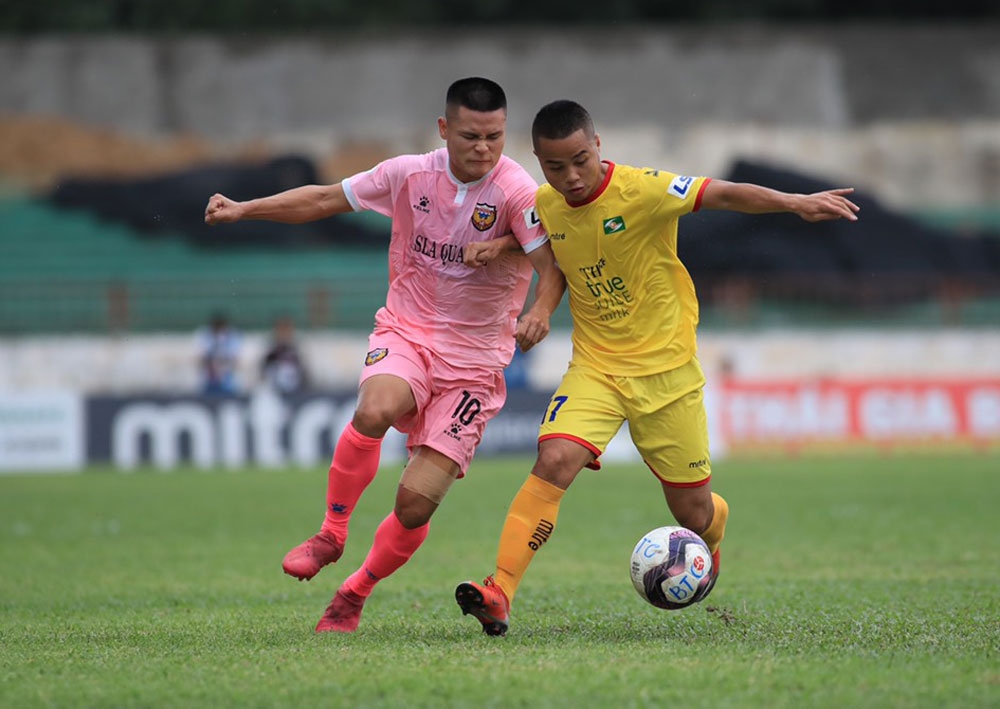 Round 13 of the 2021 Vietnam's top-flight football tournament V-League 1 has been suspended after several players were found to have come in touch with a direct contact of a COVID-19 patient.

As of Thursday afternoon, all of the away teams and referees had arrived in their hosts’ soil in preparation for the 13th round of the tourney.

However, it was revealed later on the same afternoon that a man who had made contact with a female COVID-19 patient on a flight from central Da Nang City to Vinh City in the hometown of Song Lam Nghe An FC directly interacted with several of the club’s players.

The Vietnam Professional Football (VPF), the organizer of the V-League 1, thus suspended the game in Round 13 between Hanoi FC and Song Lam Nghe An FC, which had been scheduled for Friday afternoon.

Since all games of Round 13 needed to be played at the same time to ensure fairness, the remaining six matches of the round would be scrapped as well, the VPF said.

Round 13 is the last round in the first leg of the V-League 1 and will decide the top six and bottom eight.

The top six teams in the first leg will compete for the title while the bottom eight will have to battle to avoid relegation.

A new schedule for the crucial round has yet to be decided as the V-League 1 would have to make room for the national football team to prepare for their 2022 World Cup qualifiers in the UAE in June.

Meanwhile, Song Lam Nghe An players will self-isolate at home for at least 14 days as per regulations.

Vietnam has been battling the re-emergence of COVID-19 since April 27 after the country had gone about a month without detecting any community transmission. A total of 121 cases have been confirmed ever since.

The country added one local coronavirus case on Friday morning, bringing its caseload to 3,091 patients, according to the Ministry of Health.