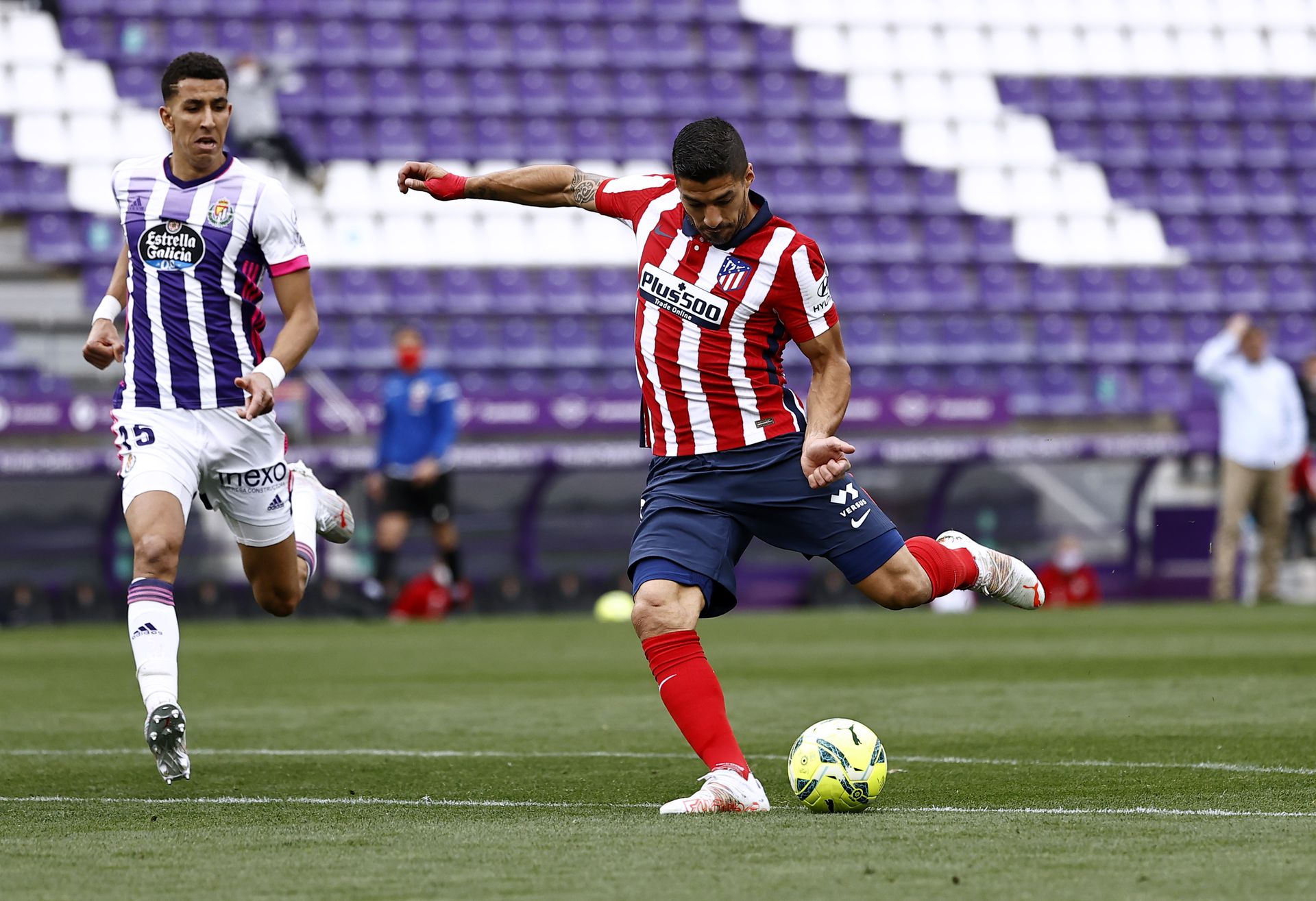 Atletico Madrid pipped city rivals Real Madrid to the La Liga title on Saturday after Luis Suarez fired them to a 2-1 comeback win at Real Valladolid, which secured them the Spanish championship for the first time in seven years.

Valladolid took a shock lead in the 18th minute when Oscar Plano slotted past Jan Oblak to complete a sweeping counterattack after Yannick Carrasco had lost control of the ball following an Atletico corner.

Just as they had done in last week's comeback win over Osasuna, Atletico missed a series of clear opportunities but they drew level after a moment of magic from Angel Correa, who danced his way through the defence before arrowing into the bottom corner in the 57th minute.

Suarez then pounced on a giveaway by the Valladolid defence to score in the 67th and put Atletico on their way to a victory that would secure the title no matter what happened in Real Madrid's game at home to Villarreal.

Valladolid missed a couple of glaring opportunities down the other end while Geoffrey Kondogbia wasted a chance that would have given Atletico a more relaxing finish when he blasted into the side-netting.

Real Madrid ended up fighting their way back from a goal down to beat Villarreal 2-1 which meant they would have swiped the title from Atletico's hands if Valladolid had equalised thanks to a better head-to-head record.

However, Diego Simeone's side saw out the victory and wildly celebrated on the pitch.

"Atletico have had an incredible season despite all the difficulties we've had. We've been the most consistent team and we are champions," said Suarez.

The game was played behind closed doors like all of Atletico's matches this season although several hundred supporters cheered them on from outside the stadium.

Atletico finished top of the standings on 86 points while Real came second on 84. Valladolid finished 19th and were relegated to Spain's second division along with 18th-place Huesca and Eibar, who finished bottom.

Simeone's side went top in December after a sensational start to the campaign and stayed there despite numerous moments when it looked like their run to the title might fizzle out.

They were beaten at Sevilla and Athletic Bilbao in April and conceded a last-minute penalty away to Elche but got away with a 1-0 victory when Fidel Chaves hit the post.

They left it late to beat Osasuna in last week's penultimate match and lived dangerously against Valladolid, too.

"Our first half of the season wasn't normal and neither was the slump we had," added Suarez, who joined Atletico last year after being forced out by Barcelona.

The Uruguayan, 34, was close to tears after the game and thanked Simeone's side for giving him a chance to keep proving himself at the top level.

"The situation I had to live through was very difficult, I was treated badly. But Atletico opened the door for me to prove I was still good enough," he said.

Simeone added: "To stay top of the league for so long is an enormous achievement. I'm so grateful to the players, especially those who played less, as we had to stay united behind the same objective as a team, and we did that throughout."