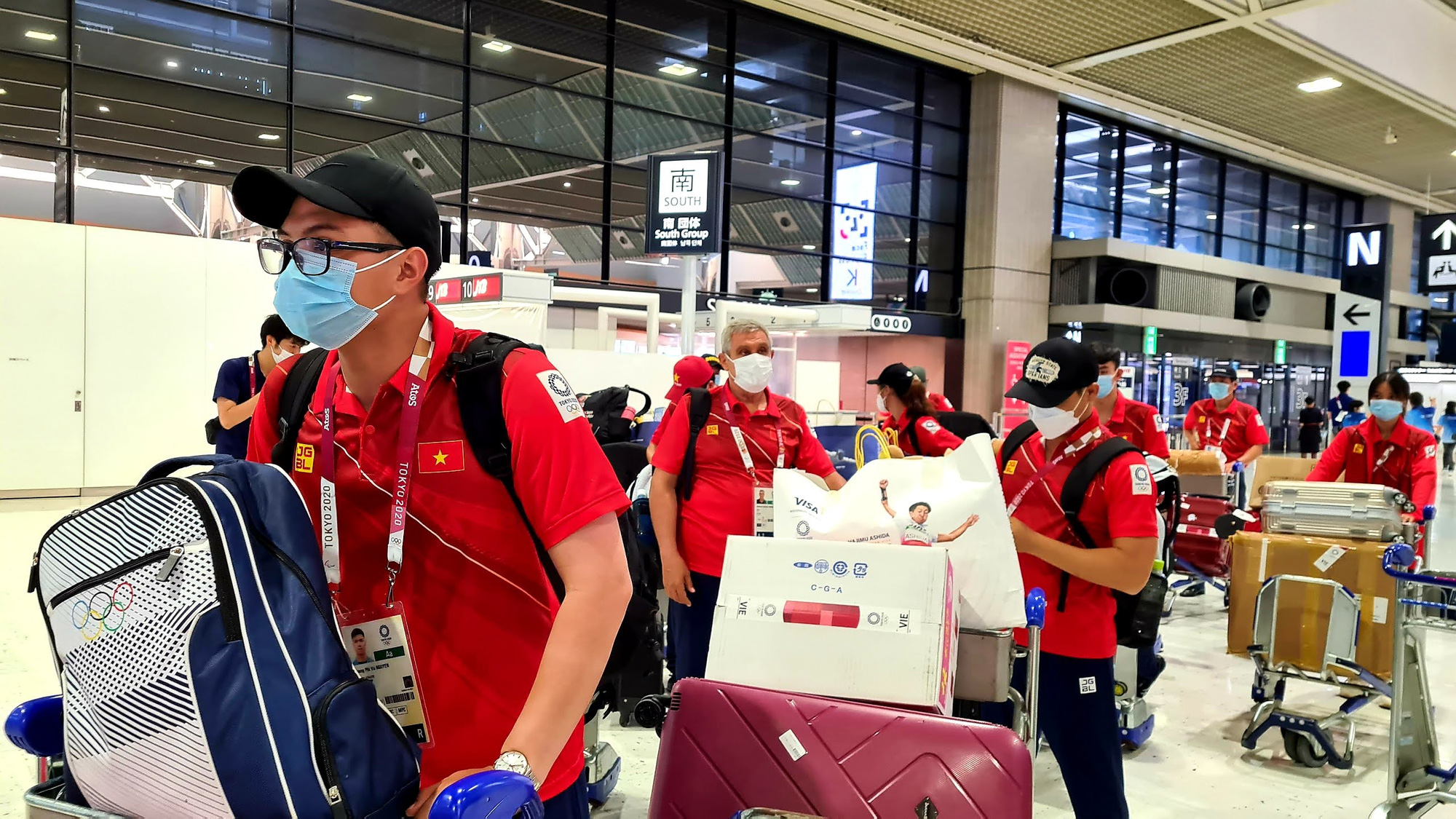 The Vietnamese delegation to the Tokyo Olympics has left the Games without a medal of any kind as its athletes had an unsuccessful campaign compared to other Southeast Asian friends.

Among other regional representatives, Indonesia took home five medals, the Philippines won two, Thailand and Malaysia secured one each, as of Wednesday afternoon.

Meanwhile, Vietnamese athletes were eliminated from all of their events before gradually making their way home while the Games have yet to be concluded.

Vietnam had a total of 18 official and honor tickets to compete in 11 sports at the Tokyo Olympics, which began on July 23 and will close on August 8, after being postponed for a year due to the COVID-19 pandemic.

The team had set a target to win a medal at the global competition.

However, that modest goal was missed as all of its medal hopefuls had unsuccessful performances, making it the first time that the country has left an Olympics empty-handed since 2004.

In track and field, all eyes were on Quach Thi Lan as she was the only Southeast Asian representative who made it to the women’s 400-meter hurdles semifinals with a result of 55.71 seconds in the qualifying round.

However, Lan’s performance worsened in the semifinals, given the undesirable weather.

The result of 56.78 seconds was pale in comparison with runners from other strong teams and could not help the Vietnamese athlete progress to the finals.

In badminton, Nguyen Thi Linh and veteran Nguyen Tien Minh both stopped in the qualification round.

Linh beat two stronger competitors from France and Switzerland, but was defeated by the world number one, Taiwan's Tai Tzu Ying, while 38-year-old Minh lost both of his matches.

Duyen’s failure came as a surprise to spectators as she was anticipated to win a silver medal by the Associated Press.

Her teammate, Thach Kim Tuan, who was also hopeful for a bronze medal, failed in all of his three attempts in the men’s 61-kilogram category.

Vietnamese athletes in other sports, including rowing, gymnastics, and archery, could not produce any surprise either.

The zero medal run at the Tokyo Olympics has proved that the achievements at the Southeast Asian (SEA) Games, where Vietnam has always been among the top leaders of the medal tally, unnecessarily reflect the development of sports in the country as well as its peers in the region.

Thailand, Malaysia, Indonesia, and the Philippines won a total of 41, 30, 28, and 19 slots to the Olympic Games in Japan -- all higher than Vietnam’s 18 tickets.

From the 2016 Olympics and earlier, Thailand had also won a total of 33 medals, including nine gold medals, while Indonesia had garnered a combined number of 32 medals, with seven of them being gold.

Thailand claimed its first medal at the 1976 Olympics, while Indonesia did so at the 1998 Games.

Vietnam has secured only five Olympic medals so far, including one gold, three silvers, and one bronze, with the first-ever medal taken home by taekwondo fighter Tran Hieu Ngan at the 2000 Olymlic Games in Sydney.

In contrast to the Olympic results, the Philippines ranked first with 149 gold medals, Vietnam was the runner-up with 98 gold medals, Thailand followed in third with 92 gold medals, Indonesia placed fourth with 72 gold medals, and Malaysia finished fifth with 55 gold medals at the 2019 SEA Games.