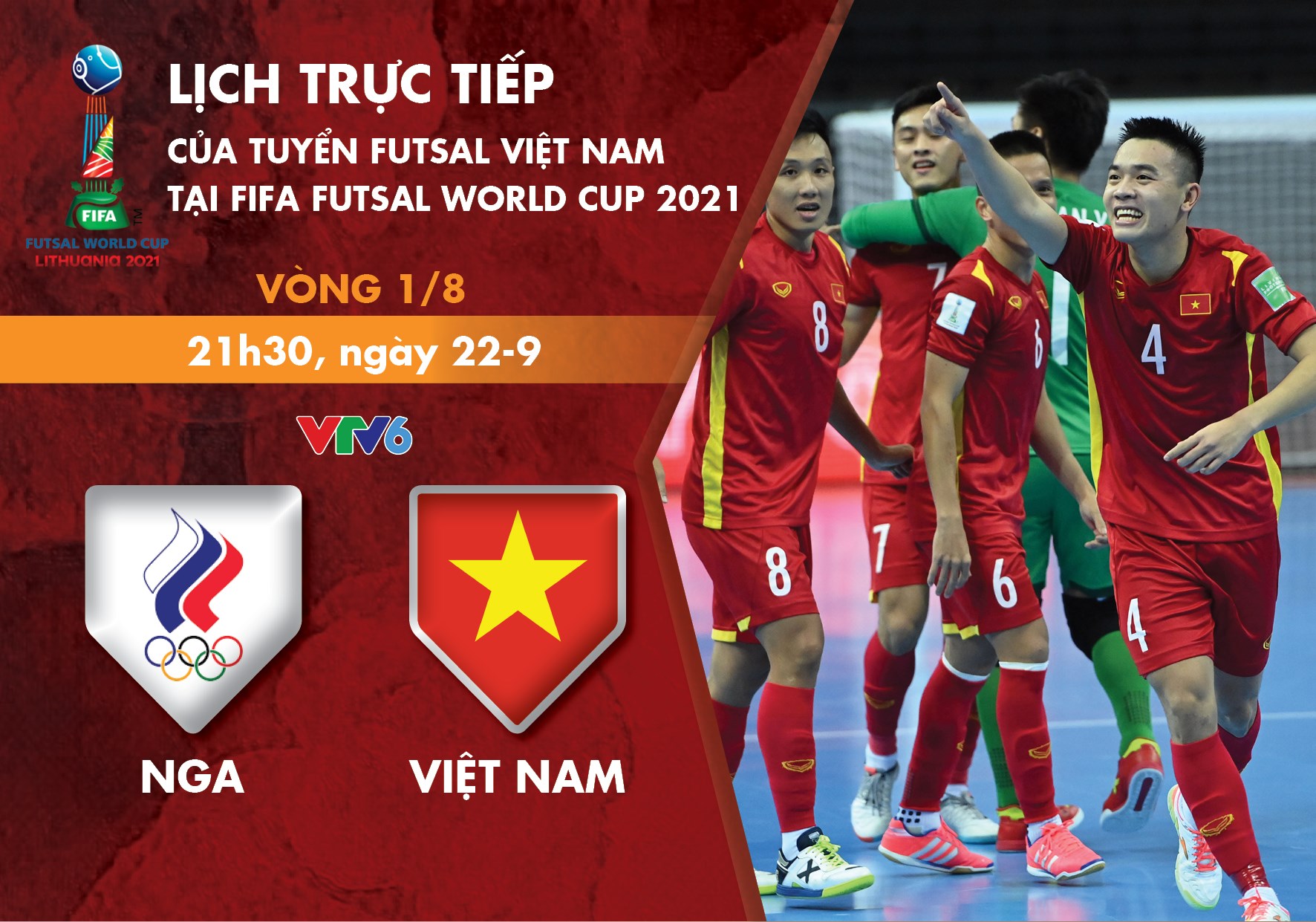 Vietnam will be counting on their determination to carry them past powerful Russia in the FIFA Futsal World Cup Lithuania 2021 Round of 16 on Wednesday night as the latter eliminated them in the same stage five years ago.

The game will be aired on VTV6 channel at 9:30 pm on Wednesday (Vietnam time).

Vietnam’s progression to the knockout stage may not have been as impressive as Russia’s, but definitely shown their willpower.

The Southeast Asian side bounced back from their 9-1 defeat against five-time world champions Brazil to seal qualification as one of the best third-placed finishers as they defeated Panama 3-2 and drew 1-1 against the Czech Republic.

Meanwhile, Russia, who are ranked fourth in the world, topped Group B with a perfect record of three wins.

However, Russia can expect a fully motivated Vietnam to come at them on Wednesday night.

The two sides also met each other in the Round of 16 at the FIFA Futsal World Cup 2016, when Russia sent Vietnam home with an absolute 7-0 victory.

This is the second time that Vietnam have played in a FIFA Futsal World Cup tournament, following their participation in the 2016 edition in Colombia.