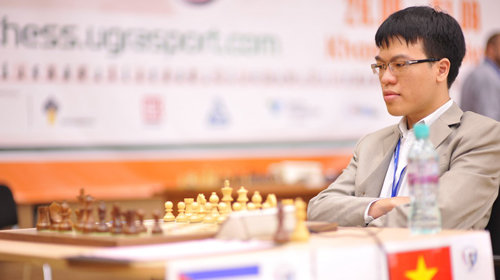 The title chance opened wide for Liem and Poland’s Jan-Krzysztof Duda, who placed third and fourth with 11 points each, in the last round when Norwegian chess king Magnus Carlsen and Indian prodigy Rameshbabu Praggnanandhaa were unexpectedly beaten by Azerbaijan chess ace Shakhriyar Mamedyarov and Anish Giri of the Netherlands, respectively.

In Liem’s match, both of the Vietnamese and Jorden Van Foreest utilized their turn of holding the white side and played with carefulness to end the first four rapid games in a 2-2 draw.

The match entered the tie-break, where two blitz games were played.

Liem finished the opponent with an aggregate 3.5-2.5 win.

The victory put Liem in second at the Oslo Esports Cup with 13 points, while Jan-Krzysztof Duda won the title with 14 points following his last round triumph over Canadian chess player Eric Hansen.

The Vietnamese grandmaster received US$32,500 as runner-up.

The Oslo Esports Cup was the first major event of the grand series Champions Chess Tour, which featured eight grandmasters.

Of these, four are among the world’s top 15.

They faced each other in a round-robin format.