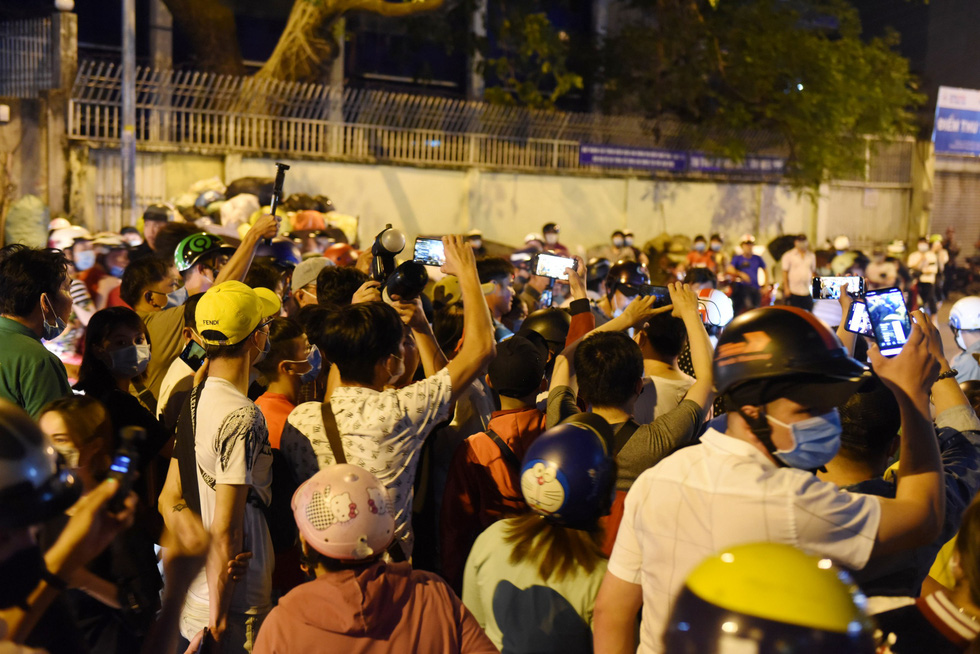 Mourners at a service to pay last respects to late Vietnamese comedian Chi Tai who died from stroke on Wednesday afternoon were interrupted by a slew of live streamers.

Chi Tai, a well-known comedian in Vietnam and Vietnamese communities overseas, suffered a stroke at his apartment in Phu Nhuan District, Ho Chi Minh City and passed away at the hospital on Wednesday afternoon at the age of 62.

Tai’s body was moved to the mortuary at the Ho Chi Minh City forensic center on Tran Phu Street in District 5 on Wednesday evening.

Some of Tai’s relatives told Tuoi Tre (Youth) newspaper that Tai’s family wishes to repatriate his body to the United States, where most of his family lives, for funeral rituals.

On Wednesday evening, Tai’s relatives, friends, colleagues, and supporters visited the funeral house to visit the deceased comedian for the last time, while dozens of onlookers flocked to the venue to take photos and share live videos on social networks.

These ‘citizen reporters,’ equipped with smartphones, power banks, and even lights, disturbed visiting celebrities and occupied the roadway while attempting to get a good shot for their live-video streams.

Traffic police officers were dispatched to the scene to regulate the crowd.

According to several of the live-streamers, they were attempting to share the event so the late celebrity’s fans could mourn at home.

These people might live-stream the event to seek public attention, but those who own Facebook pages or YouTube channels with a large audience base may also monetize the broadcasts thanks to ad revenues generated by these platforms.

It is widely used as a convenient tool for people to watch football matches, talkshows, and other events using their mobile phones.

However, it is not uncommon to see the technology being abused in such cases as live-streaming movies in cinemas or at formal events.

This is not the first time live streamers have interrupted mourners in Vietnam.

In April 2019, the funeral of Vietnamese comedian Anh Vu, who was found dead during his tour of the U.S. earlier in the same month was disturbed by several people live-streaming the event on social media.