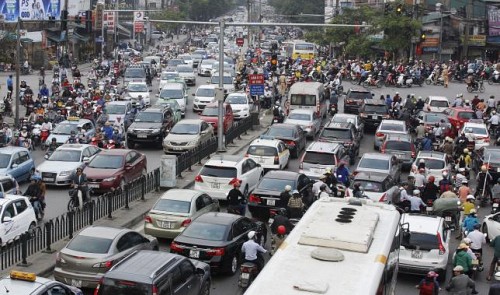 Hoang Hai turned his back on a Vietnamese business that was headed for bankruptcy and became a driving instructor instead Now he is riding a wave of interest in car ownership as the country's trend-setting middle class swaps two wheels for four.

The Hanoi driving school where Hai works is inundated with people eager to get behind the wheel. About 300 have applied each month so far this year, double the rate in 2014.

Hai, 45, says at least eight out of 10 learners don't own a car, but they all want one. "As soon as there is an intention to buy a car, they'll take a driving lesson," he said.