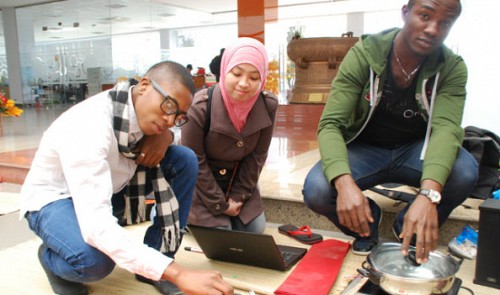 The online residence information system in Hanoi must bring convenience to foreigners who reside in the capital city, Major General Nguyen Duc Chung, director of the local Department of Police, told a meeting on Monday.

The official made the statement after Colonel Le Hoc Thu, head of the department’s division for the administrative management of social order and safety, briefed the conference on a draft plan to implement an online residence information system in the capital city.

It is necessary to have effective coordination between police officers controlling residential quarters and the police units in charge of the administrative management of social order and safety in order to execute the plan in the spirit of assisting foreigners who work and live in the city, according to Major General Chung.

The system will be used and managed by police in the communes, districts and towns of Hanoi and by varied divisions under the police department, Col. Thu said.

Under the plan, police officers will use declaration forms to collect residence-related information from foreigners and overseas Vietnamese in the capital and capture them into the online database, the official said.

This work is required to be completed before December 20, 2015, he added.

Col. Thu stressed that the online residence information system is a very important tool in meeting the requirements of the ongoing administrative reform and to improve the efficiency of state management over security and order in residential areas.

As part of the plan, the police department will offer training in anti-high tech crime to police officers in charge of residential quarters, he added.

Forests are being cleared against the law at Van Phong Bay, about 60 kilometers north of Nha Trang