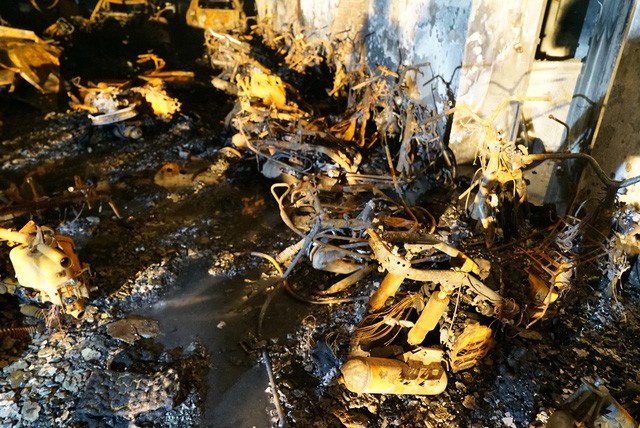 Hung Thanh Co. apologized for responding late to the incident due to the fact that the firm’s director was among the injured victims as he also lives at Carina, the company said in a statement on Tuesday.

The developer and its holding company, the 577 Investment Corporation, are committed to continuing to compensate for any damages caused by fire, according to the statement.

The fire at Carina Plaza in District 8 took place in the early morning of March 23, taking away the lives of 13 and injured 91 others.

Preliminary investigation found that a motorbike parked in the building’s basement was short-circuited, resulting in the blaze afterwards.

Police have launched legal proceedings against the developer for failing to comply with fire safety regulations.

Days after the tragedy, the building developer gave each family of the deceased victims VND100 million (US$4,400) in support.

Of the 91 injured victims, 42 had to be hospitalized and each of them was given supports ranging between VND5 million ($220) and VND50 million ($2,200), depending on their severity, from the company.

The company has so far set aside more than VND2 billion (US$88,000) to cover daily expenses for tenants of other 668 apartments at Carina Plaza as the affected parts of the building have yet to be rebuilt.

Besides the initial support totaling VND2.2 billion ($96,000) for the deceased and injured victims, Hung Thanh Co. and 577 asserted that they will ensure tenants will receive appropriate compensation to re-settle their lives after the devastating fire.

Any damage caused by the fire will be complexly fixed, according to a Hung Thanh representative.

The preparation process, however, has been postponed since March 30 as the tenants had asked to cease it so that the authorities can examine the place and better identify the cause of the fire.

“While waiting for the final results of the investigation, we will take full responsibilities for the incident and fully comply with any investigative agencies,” the developer said.