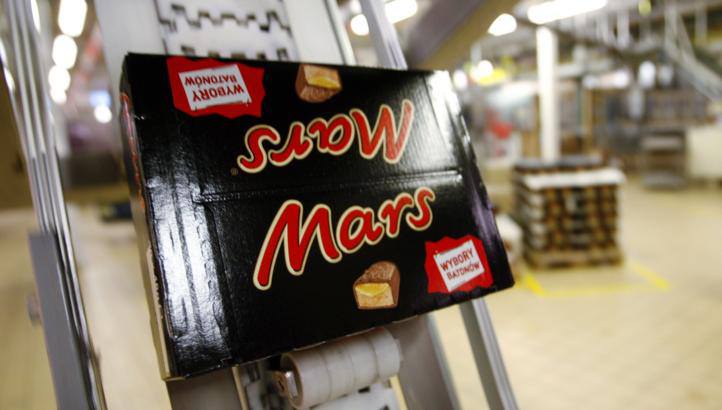 Canadian authorities charged Nestle, Mars and a network of independent wholesale distributors on Thursday over an alleged criminal conspiracy to fix the prices of leading chocolate bars.

A whistleblower triggered the investigation that uncovered "evidence suggesting that the accused conspired, agreed or arranged to fix prices of chocolate products," the Competition Bureau said in a statement.

If convicted, they face a fine of up to Can$10 million (US$9.75 million) and imprisonment for a term of up to five years.

The indictments follow similar charges against chocolate sellers in Germany, including Nestle and Mars, that resulted in multimillion dollar fines last January.

Canadian officials said Hershey Canada Inc., an alleged co-conspirator, cooperated with the anti-trust investigation and agreed to plead guilty at a hearing on June 21 in exchange for leniency.

A fifth unnamed company that claimed to be part of the cartel revealed the scheme as part of a program offering immunity to whistleblowers who disclose an offense not yet detected or provide evidence leading to charges, Pierre Yves Guay, a spokesman for the Competition Bureau, told AFP.

The alleged price-fixing involved chocolate bars sold across Canada from 2002 to 2008, he said, including popular brands such as Kit Kat, Coffee Crisp, Aero, Twix, Snickers, Bounty and M&Ms.

"It's difficult, however, to estimate the amount of the overcharging because of the complexity of the pricing in that market," he said.

How the scheme worked is expected to be revealed at Hershey's trial in Toronto.

Hershey said it would plead guilty in Ontario Superior Court to one count of price fixing "related to communications with competitors in Canada in 2007."

The company said it had "promptly reported" the alleged scheme to the Competition Bureau at that time and insists it "did not implement the planned price increase that was the subject of the 2007 communications."

It also said the scheme was limited to the Canadian marketplace and involved former executives at the multinational's Canadian branch.

"The current Hershey Canada senior management team as well as The Hershey Company and its management had no involvement in this conduct," it said.

Nestle, however, said these were old allegations and vowed to "vigorously defend" itself.

ITWAL and Mars Canada Inc. said they also intend to "vigorously defend" themselves against the charges, but did not otherwise comment on the allegations.

Nestle, Mars and five other companies faced a similar price-fixing probe in Germany in 2008, after almost simultaneous sharp price increases of up to 25 percent for chocolate and confectionery. German police raided their offices.

The groups at that time cited the rising cost of raw materials for the price increases.

Earlier this year, Nestle was fined, along with 10 other chocolate and confectionery companies, a total of 60 million euros (US$79.5 million) for colluding to raise chocolate prices in Germany.

A Mars subsidiary avoided penalties by cooperating with German authorities.