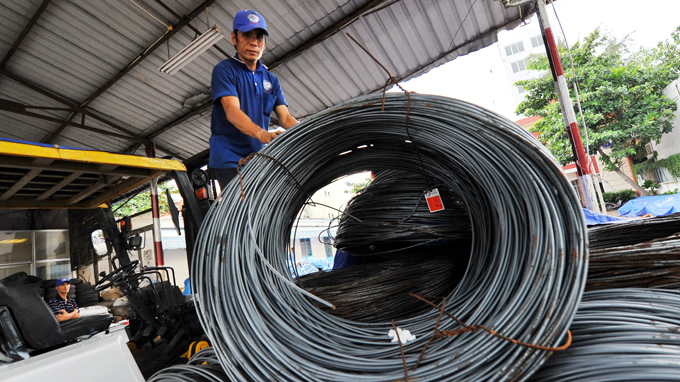 Tata Steel and Essar Vietnam Co finally put an end to their steel projects worth a combined $5.53 billion in chartered capitals after years of planning and implementing some initial stages.

On Friday, Nguyen Anh Triet, acting chief of the management board of Ba Ria - Vung Tau Province’s industrial parks (IPs), told Tuoi Tre that the board is finalizing administrative procedures to revoke the license of the steel project invested by Essar Vietnam Steel Corp.

With an initial capacity of 2 million tons per annum of hot rolled coils, sheets and skin passed coils, the plant is expected to be completed in 30 months, but failed to meet the deadline since then.

Tata Steel has recently announced to exit from its $5 billion project in the central province of Ha Tinh.

Tata Steel has announced to completely exit from its $5-billion steel project in Vietnam because of the delay in approvals and challenging business environment there after five years of waiting, Indian newswire Business World reported.

“The company had communicated it to the Vietnam government last year and the chapter has been closed recently,” Indian newswire Business World quoted an executive close to the development as saying.

In the last Annual General Meeting of Tata Steel last year, Cyrus Mistry, chairman of Tata group had hinted about the exit. “There was no hope on the project in the recent years and everything culminated as expected,” according to the Indian newswire.

The project, developed by one of the biggest ventures by the company outside India, covered 725 hectares at the Vung Anh Economic Park in the central province. The Indian steel maker owned a 65% percent stake in the venture, while Vietnam’s Steel Corp and Vietnam Cement Industries Corp held 30 percent and 5 percent, respectively.

The original plan of the project with an annual capacity of 4.5 million tons was to have its first phase completed by 2012, while the second and third would be finished by 2014 and 2018, respectively.