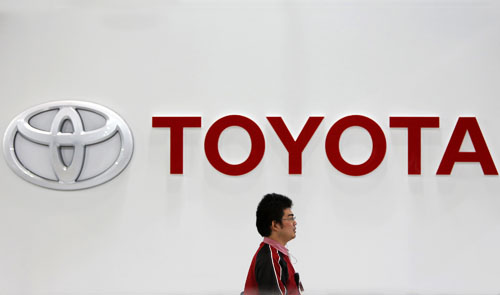 Toyota on Wednesday recalled 6.39 million vehicles worldwide for five different problems, dealing another blow to the world's largest automaker whose reputation for quality and safety has been dented in recent years.

Despite record sales and bumper profits, Toyota has been fighting to protect its brand after millions of earlier recalls and in the wake of a $1.2 billion settlement last month to settle US criminal charges.

In October 2012, Toyota announced a global recall of 7.43 million vehicles, including its popular Camry and Corolla models, over a possible fire risk, while in February it recalled 1.9 million of its signature Prius hybrid cars.

"Since a few models are involved in more than one recall, the total number of vehicles that will be remedied is 6.39 million," Toyota said in an e-mail.

Among the problems are a driver's seat defect, steering column problems, and an engine starter glitch that poses a fire risk, the company said.

The vehicles affected include the Corolla sedan, the RAV4 sport utility vehicle and Yaris subcompact.

Toyota said it had received two reports about fires owing to the starter defect, but added that none of the issues had caused any accidents to its knowledge.

In March, the Japanese automaker agreed to pay $1.2 billion to settle US criminal charges that it lied to safety regulators and the public as it tried to cover up deadly accelerator defects.

Dozens of deaths were blamed on the problems, which caused vehicles to speed out of control and fail to respond to the brake.

Toyota eventually recalled 12 million vehicles worldwide in 2009 and 2010 at a cost of $2.4 billion as the scandal over sudden, unintended acceleration spread and tarnished its once-stellar reputation.

In reaching the settlement, Toyota admitted that it lied when it insisted in 2009 that it had addressed the "root cause" of the problem by fixing floor mats that could trap the accelerator.

As part of the cover-up, Toyota scrapped plans to fix the "sticky pedal" defect in the United States and instructed employees and its parts supplier not to put anything about the design changes in writing.

The company, which declined to comment on the report, kept the title of world's biggest automaker last year sales of 9.98 million vehicles, outpacing Germany's Volkswagen and General Motors, and said it expects 2014 to become the first to break the 10 million vehicle sales barrier in a calendar year.

Toyota has tipped a record fiscal year profit after more than doubling its nine-month earnings to $15 billion thanks to the yen's sharp decline and surging sedan sales.

A weak yen has been a major coup for Japan's automakers as it boosts their competitiveness overseas and inflates repatriated profits.