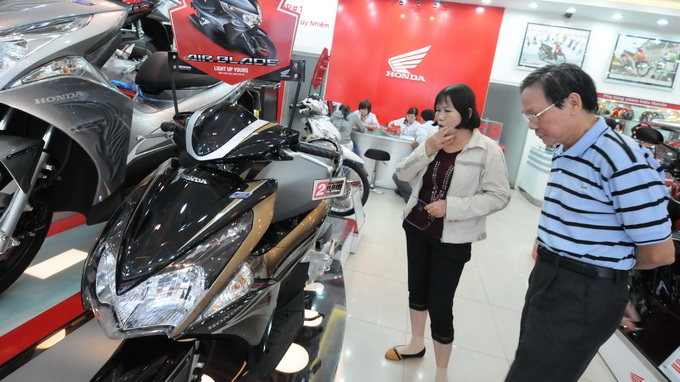 The number of Honda motorcycle production plants in Vietnam has risen to three with the latest facility officially opening in a northern province on Monday.

The new US$120 million plant is situated in the Dong Van 2 Industrial Park in Ha Nam Province, some 40km from Hanoi, Honda Vietnam Co. Ltd., the motorcycle and automobile sales and production joint venture of the Japanese vehicle maker in the Southeast Asian nation, said in a press release.

Spanning 270,000m², the plant has an annual production capacity of 500,000 units and is designed to meet environmental and worker comfort standards, according to Honda Vietnam.

Honda Vietnam started producing motorcycle parts in the plant in March, with a production capacity of 1,450 units per day.

In the first phase, the plant will manufacture 1,000 motorcycles per day, most of which are scooters.

The company said the new facility is built based on the concept of taking full advantage of natural energy resources in the most effective way. The plant’s production procedure will fully meet the most demanding environmental standards in Vietnam and in the world, it added.

The third plant employs all of the most advanced technologies of Honda in motorcycle manufacturing in its production system and workshops, including: welding workshops, painting workshops, and assembling workshops for finished-products, according to Honda Vietnam.

“The third plant is expected to become one of the most advanced in technology and efficiency in the world,” the company said.

With the latest motorcycle plant going into mass production, Honda Vietnam will continue enhancing its product lineup to not only fulfill the increasingly diverse needs of customers in Vietnam, but to also push exports to other countries, it added.

Since the start of production in 1997, Honda Vietnam has churned out an accumulation of more than 15 million motorcycle units, the company said in a press release.

Honda Vietnam boasts a 70 percent share of the motorcycle market in the Southeast Asian country, against competitors such as SYM, Suzuki, Yamaha, and Piaggio.