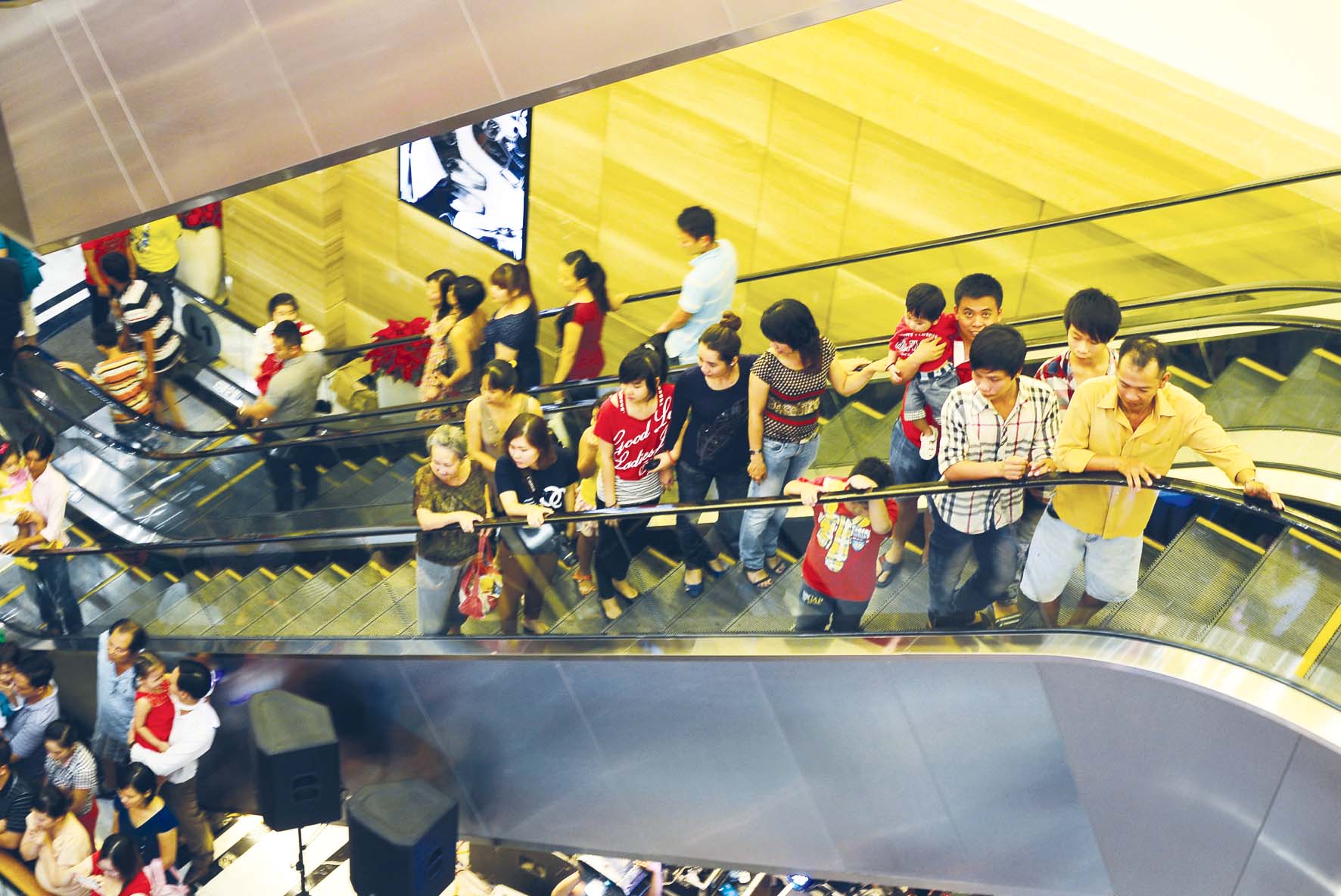 Leading Vietnamese property firm Vingroup will enter the consumer electronics retailing sector later this month with the introduction of the brand VinPro.

The technology and consumer electronics chain of VinPro will be located at Vincom shopping centers run by Vingroup in major cities across the country, including Hanoi and Ho Chi Minh City.

Meanwhile VinPro+, offering the same kinds of products including high-tech gadgets like smartphones, tablets, laptops, electrical appliances and other accessories, will fill the places where Vincom is still absent from in many other provinces and cities nationwide.

Vingroup has set a target to bring the total number of VinPro and VinPro+ stores to 25 and 100, respectively, in 2015.

The VinPro chain will simultaneously open at four points of sale in the four major shopping centers of Vingroup, including VinPro Dong Khoi in District 1 and VinPro Thu Duc in Thu Duc District in Ho Chi Minh City, and VinPro Royal City and VinPro Times in Hanoi on March 21.

The latest move by Vingroup, a leading property developer, may have come for a variety of reasons, but the most visible can be seen in the size and growth rate of the industry.

According to market research company GfK, sales of consumer electronics reached over VND116 trillion (US$5.5 billion) in Vietnam last year, the second consecutive year the sector achieved an annual  growth rate of over 20 percent.

The main engine of growth came from the mobile phone/smartphone segment, with an annual growth rate of 30 percent, said GfK.

Three other segments saw sales near $1 billion each, including TV, refrigeration and IT products (including laptops, tablets, and PCs), maintaining annual growth rates of 14-18 percent.

Given the attractiveness of the market, large firms in the industry are actively expanding their network in order to consolidate their market share, GfK said.

With the overall growth of the market, coupled with the opening of a new series of electronics chains, some firms have announced revenue growth exceeding the industry average, such as Mobile World (66 percent), FPT Shop (78 percent), and Tran Anh (29 percent).

Another reason is that Vingroup has a big bag of cash to spare.

By the end of last year, Vingroup had around VND11.6 trillion ($545.2 million) in cash and other kinds of valuable paper with high liquidity that can be converted into cash easily.

It ranked only after PV Oil, a subsidiary of the state-run oil conglomerate PetroVietnam, with VND25.4 trillion ($1.19 billion).

The consumer electronics retailing business is divided into two groups with different characteristics.

A notable characteristic of those retailers is that they remain focused on their development strategies in specific areas, around Hanoi in the northern region or Ho Chi Minh City in the southern region.

The other group follows the model of small-sized stores, mainly for trading products such as mobile phones and laptops.

The biggest names in this group are Thegioididong.com, under listed HCMC-based Mobile World Co, FPT Shop, Vien Thong A, and Viettel Store.