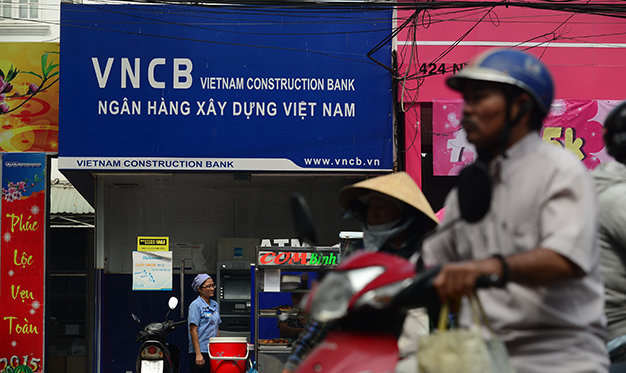 The State Bank of Vietnam (SBV) has sped up to carry out its scheme to restructure the banking system this year with the acquisition of the second weak bank, Ocean Bank, of which many leaders have been arrested for alleged violations of economic management regulations from last year to this year.

The SBV on Saturday announced that it had become the new owner of Ocean Bank after acquiring 100 percent of its stakes, terminating all rights and interests of the bank’s shareholders, after acquiring the lender at VND0 (zero).

The SBV said in the announcement that the administration and operation of Ocean Bank have seriously violated the banking law.

Under such a circumstance, the SBV decided to put Ocean Bank under special control in order to manage any possible risk and prevent the loss of the bank’s assets.

Given Ocean Bank’s heavy financial loss, the lender has failed to find any viable solution for increasing its charter capital as required by the SBV, the central bank said.

The SBV added that a compulsory purchase of all shares of the existing shareholders in the bank can help it proactively assist the lender in its continued restructuring so as to ensure payment of deposits for customers and prevent any spillover effect on other credit institutions.

To ensure Ocean Bank’s stable operations, the SBV has required the Vietnam Joint Stock Commercial Bank for Industry and Trade (Vietinbank) to participate in the governance and administration of the bank.

The SBV has also re-confirmed that the rights and legitimate interests of depositors having their cash kept at Ocean Bank will be guaranteed.

The SBV on February 2 took over loss-making VNCB at VND0 (zero) and assigned Vietcombank, the fourth biggest bank of Vietnam by assets with VND530.22 trillion ($24.9 million), to manage and operate it.

Police from the Ministry of Public Security on January 28 arrested Nguyen Minh Thu, former general director of Ocean Bank, for her alleged involvement in an unlawful lending instance uncovered at the bank late last year.

The arrest of Thu, 42, was the next step in an investigation into the "violation of regulations on the lending activities of credit institutions" occurring at the Hanoi-based bank, according to police.

Thu had been the chief executive officer of Ocean Bank and a member of its board of directors since 2011.

She was elected the bank’s chairperson to replace Ha Van Tham, former chairman and founder of Ocean Bank, in late October 2014. Thu resigned after two months in power.

Nguyen Van Hoan, 38, who is also the founder of the bank’s lending council, and Tham, 43, were arrested on December 22, 2014 and October 24, 2014, respectively, on charges of breaching lending regulations pursuant to Article 179 of the Penal Code, police officers said.

The SBV said it had found Tham committing many serious illegal acts during the implementation of a project to re-organize credit organizations.