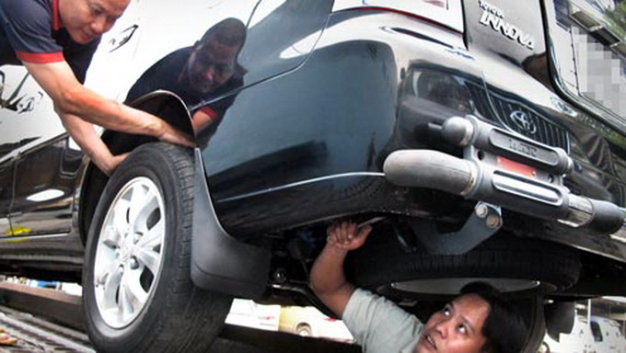 Japanese carmaker Toyota, which has operated in Vietnam for two decades, began to ask the Vietnamese government for more incentives and support earlier this month, or the firm will consider putting an end to its operations in the country.

The problem is that, according to a senior Vietnamese state official, Toyota has failed to achieve targeted localization rates with the current incentives it has been enjoying before asking for more preferential treatment.

The current localization rate ranges from 20 to 37 percent, depending on what types of vehicles the Japanese carmaker is assembling at its plant in the northern province of Vinh Phuc, Toyota said in a document it sent to a meeting between Japanese and Vietnamese state officials in April to seek further incentives.

The Japanese company requested such incentives as a series of tax breaks and state financial support for locally assembled cars and their manufacturers so that it can increase the localization rate and open new factories in Vietnam.

Without them, the document said, Toyota Vietnam will reduce annual production capacity from the current 40,000 units to just 13,000 units by 2020, and halt all operations completely in the five following years.

Only Innova has topped the targeted localization rate

Thanh Nien (Young People) newspaper last Thursday quoted Deputy Minister of Industry and Trade Tran Tuan Anh as mentioning Toyota’s demands at a press conference after meeting with Japanese officials in Hanoi, stressing that the automaker has failed to achieve what it pledged when beginning to pour money into Vietnam.

Toyota started investing in Vietnam in 1995.

Though he did not comment directly on the proposal detailed in Toyota’s document as the firm did not send an official document to the ministry, Deputy Minister Anh said the carmaker is a foreign-invested enterprise which joined the national strategic development plan for the Vietnamese automotive industry from the beginning.

In the framework of the firm's investment license, Toyota has enjoyed preferential treatment in many areas including taxation by the government of Vietnam for many years after committing to achieve several development goals when operating in the country, including a 30 percent localization rate after the first 10 years, he said.

News website VnExpress has found out that among the five types of cars Toyota makes in Vietnam, only the Innova line has the localization rate of over 30 percent.

The rate for the remaining four is below 30 percent, the site said.

Toyota has not reached a high rate for local content, and has yet to achieve the objective as set out in the license, Deputy Minister Anh added.

As a foreign automotive business developing in a certain market, Toyota has so far achieved many positive results, including the profits it has earned for the past several years, he added.

In its attempt to ask for more incentives, Toyota wanted a drop in the special consumption tax on vehicles produced domestically.

There will be two scenarios, as proposed by Toyota: a 20 percent discount on the price on which the excise special consumption tax is based, or a reduction from 45 percent to 35 percent.

Toyota also suggested reducing import duties on CKD car components imported from Japan from the current rate of 15-25 percent following World Trade Organization commitments to 0 percent, which is equal to the tax rate for those shipped from ASEAN starting in 2018.

CKD cars are vehicles that are assembled locally, with all of the major parts, components, and technology imported from the country of their origin.

In September last year, the Vietnam Association of Automobile Manufacturers, of which the president of Toyota in Vietnam, Yoshihisa Maruta, is the chairman, began to seek incentives with the proposal for a reduction of about 10 percentage points in the special consumption tax.

But back then the Ministry of Finance said no to the proposition, adding that Vietnam does not have a policy to subsidize car production.

The most noticeable suggestion in Toyota’s latest bid is a request for government subsidies in the form of financial support for locally assembled vehicles equivalent to 50 percent of the price difference between imported cars, or completely built units (CBUs), and CKD cars.

According to calculations by Toyota, CKD cars will be around 20-25 percent more expensive than CBUs in 2018 when import tariffs for cars made within ASEAN are to be fully exempted.

As a result, Toyota recommended that government subsidies should be worth around 10-12.5 percent of the price difference between CKD cars and CBUs.

The ASEAN bloc aims to establish an EU-style economic community by the end of this year, with tax exemptions for many goods and commodities circulated among the members.

An official of the Department of Heavy Industry under the Ministry of Industry and Trade told Thanh Nien that the number of cars assembled by Toyota in 2014 was 35,000 units.

Given the financial support package Toyota wants, it will be a very big sum of money, and Vietnam does not have supportive policy for such an enterprise, he said.

The subsidy plea also violates the principle of equal treatment in the World Trade Organization, he added.