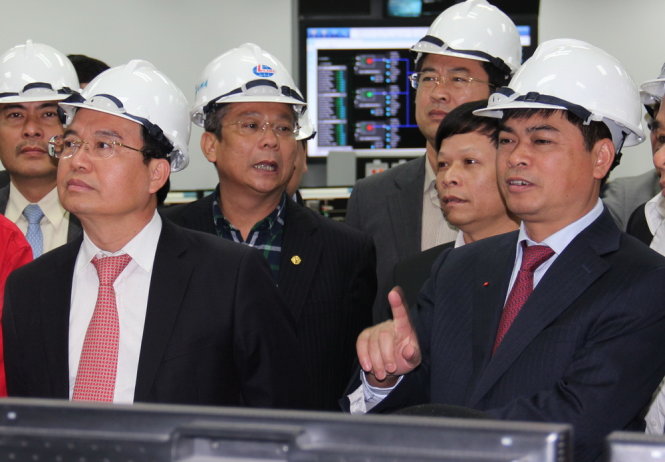 Vietnam’s Prime Minister Nguyen Tan Dung signed a decision on Sunday to remove Nguyen Xuan Son from the post of the chairman of state-owned Vietnam National Oil and Gas Group, or PetroVietnam. The removal, which took effect the same day, was made based on a proposal by the Ministry of Home Affairs and the Ministry of Industry and Trade, according to the decision. Son, 53, will be transferred to the industry ministry pending a new post assignment, the decision said. PM Dung also agreed to assign Nguyen Quoc Khanh, general director of PetroVietnam, to act as acting chairman of the board of members of the group, pending the appointment of a new chairman, according to the fiat. Son was made chairman of PetroVietnam on July 8, 2014 under another decision by PM Dung.

A source of Tuoi Tre (Youth) newspaper said that police have recently summoned Son many times for reasons yet to be disclosed.

Son, of the north-central province of Ha Tinh, began working in the oil and gas sector in 1984, in the Finance and Accounting Bureau under PetroVietnam, according to news website VietNamNet.

From 2003 to October 2006, he was vice general director of PetroVietnam Finance Company before being promoted to the firm’s top boss in May 2007, VietNamNet said. In December 2008, Son was named CEO of Hanoi-based Dai Duong Commercial Joint Stock Bank (Ocean Bank), and in November 2010, he was appointed vice general director of PetroVietnam and then chairman of the group last year, the newswire said.   Son graduated from the business administration faculty of South Carolina University in the U.S., according to the news website.