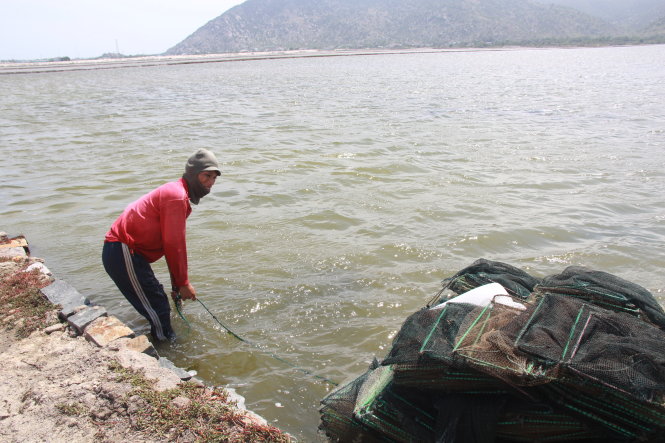 Investing heavily in such industries as steel, cement and oil refining is not the right path for Vietnam now, a former senior investment official has said.

Developing a strong steel industry is something other developed countries focused on doing back in the 19th and 20th centuries, so Vietnam should choose whether to “follow a path people have been treading on for centuries or start with the most modern technology,” Professor Nguyen Mai said.

Doctor of Science Mai was deputy chairman of the State Committee for Cooperation and Investment, the precursor to the Ministry of Planning and Investment, between 1989 and 1995.

Usually referred to as a former deputy minister of planning and investment, the ex-official, born 1935, is now chairman of the Association of Foreign Invested Enterprises, and has studied the country’s investment development for decades.

Mai talked to Tuoi Tre (Youth) newspaper in the wake of a recent revelation of a US$10.6 billion steelmaking complex, to be developed by Hoa Sen Group in the south-central province of Ninh Thuan, and the environmental disaster caused by the Taiwanese-invested Formosa steel mill in central Vietnam.

Formosa admitted its wastewater had caused fish to die en masse along the central coast in April and May, vowing to pay $500 million as compensation.

“Seriously speaking, I do not think Vietnam should continue investing in steel in the way many other countries did one or two centuries ago,” he said.

“We now have an abundant supply of steel imported from the U.S. and China, so we should not just imitate other countries, but focus on modern technology.”

Mai said there are many other industries Vietnam should concentrate resources on developing, such as telecom or technology, something military-run Viettel is doing well.

“You said a domestic steel industry is necessary to boost other sectors? Viettel does not need a bar of steel but it has even invested in overseas markets and posted nearly $1 billion in revenue,” he said.

He reiterated that it is unnecessary for Vietnam to invest in steel, cement and oil refining now.

Vietnam currently has a surplus supply of cement, but fails to find any market for export, according to the former senior official.

“The best road to start stepping on is investing in advanced alloys,” he said.

“In developed countries, a ton of alloy is as valuable as ten tons of steel.”

Hoa Sen Group’s proposed steel project is expected to consist of ten blast furnaces and to be developed in multiple stages, with construction believed to last until 2025 or even 2030.

Hoa Sen chairman Le Phuoc Vu has said he would transfer his entire shares and assets at the company to the state should the project cause any environmental problems.

Mai, however, is skeptical of the plan and such a strong commitment.

He said what is most worrying is what type of technology and equipment will be used in the project.

“Blast furnace is a kind of equipment currently manufactured by nobody but Chinese firms,” he said.

“Formosa also bought those Chinese furnaces, so where would Le Phuoc Vu purchase the equipment for his plant?”

As for the commitment to not destroying the environment, Mai said the developer is totally able to prepare a perfect environment impact assessment, but “everything it says is only in theory.”

“What matters is what really happens during the course of investment,” he underlined.

“Formosa had a detailed environment impact assessment conducted by a ministry-backed consultant, but the wastes it produced during the course of construction were just immeasurable.”

Mai underscored that a steel project located in a coastal area is not necessarily a threat to the local environment.

“The problem is you have to closely track its implementation,” he said.

“This is what we have failed to do to Formosa, so with the Hoa Sen Group project, we must do better.”