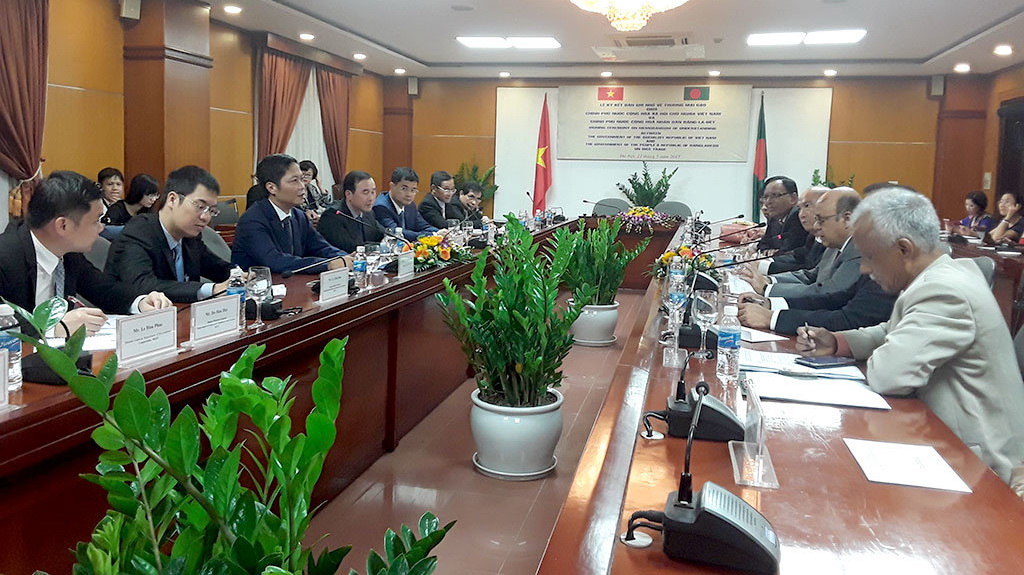 Bangladesh to import 1mn tons of Vietnamese rice annually until 2022

Bangladesh has agreed to buy one million metric tons of rice from Vietnam every year until 2022 as the Southeast Asian rice exporter counters stalling demands.

The agreement was marked by the renewal of a memorandum of understanding (MoU) between Vietnamese Minister of Industry and Trade Tran Tuan Anh and Bangladeshi Minister of Food Advocate Qamrul Islam on Tuesday afternoon.

Right after the MoU was signed, Bangladesh announced their intention to immediately import 250,000-300,000 tons of five-percent broken milled white rice from Vietnam, with a promises to increase the import to 500,000 tons by the end of the year.

Bangladeshi officials also invited Vietnamese rice exporters to visit Bangladesh as early as possible to discuss the price, amount, and method of shipment.

The Vietnam Southern Food Corporation (Vinafood 2) is to represent the Vietnamese exporters in executing the contracts with their Bangladeshi partners.

The first Vietnam-Bangladesh government-level MoU on rice trade was signed in 2011, and was valid through December 31, 2013.

Vietnam’s Ministry of Industry and Trade has been on the search for new importers of the country’s agriculture products, especially rice, given the recent stall in global demand that continues to threaten local producers.

The Ministry took the initiative to open talks with Bangladeshi counterparts on the issue, and finally reached an agreement to renew the MoU on rice trade after two weeks of negotiations, it said.