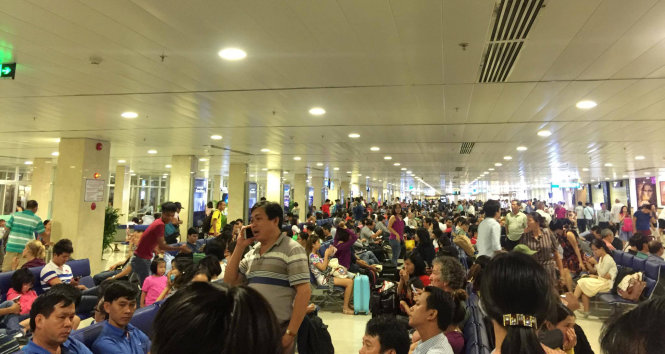 The Ministry of Transport has submitted a draft plan to the government to expand the overloaded Tan Son Nhat International Airport.

The plan includes building T4, a new terminal to increase the aerodrome’s capacity to between 43 million and 45 million passengers a year from the current 28 million.

The existing two runways, currently 365m apart and capable of serving large aircraft including the Boeing 787 and Airbus A350, will be maintained with only new taxiways added, according to the expansion plan.

The number of aprons is expected to be increase to between 80 and 85, with the new aprons built on a 20 hectare plot of land the Ministry of Defense has allocated to its transport counterpart.

The plan also includes construction of a new terminal T3, used for both civil and military purposes, and several facilities serving the military that could be used for civil aviation in the longer term.

It’s estimated that the project will cost VND16 trillion (US$704.85 million), which will be funded by both the state and by private investors.