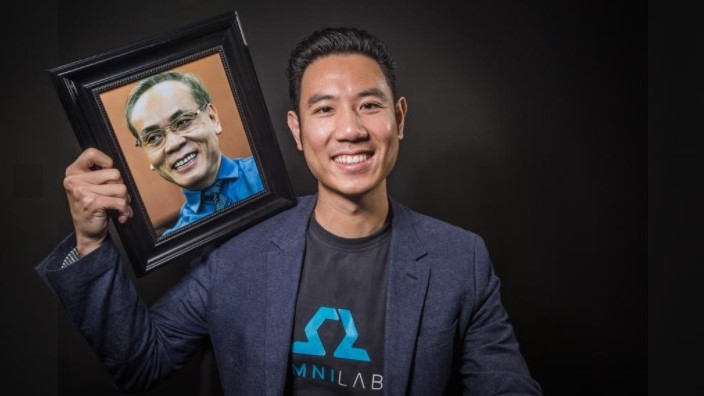 Vu Duy Thuc, CEO and co-founder of robotics company OhmniLabs Inc., has been included in Silicon Valley’s 40 under 40 list for 2017, according to The Business Journals.

The list is compiled by the Silicon Valley Business Journal and consists of men and women who are making a mark and the local community while also playing significant leadership roles in high-tech enterprises.

Thuc is a well-known name amongst the Vietnamese student community in the U.S., renowned as someone who has achieved both academic and entrepreneurial success on foreign soil.

Earning his PhD in computer science at Stanford University at the age of 28, Thuc then co-founded OhmniLabs, a robotic solutions company that enables millions of U.S. seniors who live alone to connect easily with their children or relatives.

“I’m really surprised to have been selected [for the list], as it is a prestigious poll that includes many worthy names,” Thuc told Tuoi Tre (Youth) newspaper from the U.S. “That aside, I’m beyond humbled to be the only Vietnamese representative. This is an extremely meaningful recognition by America of my work.”

Crediting his father as his biggest inspiration, Thuc told The Business Journals he was grateful to him “for showing me his approach to life, work, and family through not only his passion and dedication, but also patience, integrity, and vision.”

Ohmni, a telepresence robot developed by OhmniLabs Inc., is designed to be light and require minimal computer knowledge to operate, making it especially attractive to the older generation.

The robot has a screen for a head and a webcam for making video calls, and scuttles around on wheels, allowing users to make uninterrupted phone calls as they go about their daily activities.

“It’s connected to Wi-Fi and can be operated remotely by the person on the other end of the call,” Thuc explained. “Senior users are spared from even having to turn it on and off or recharging the robot.”

The beta version of Ohmni was launched a year ago to positive feedback from both local media and customers, including major news outlets such as The New York Times, CNBC, San Francisco Chronicle and ABC.

Despite being busy with his tech start-up, the young entrepreneur makes time to run VietSeeds Foundation, a charity fund that aims to provide scholarships worth US$4,000 for financially challenged students in Vietnam.

“This year, we hope to hand out 250 scholarships,” Thuc said. “It’s never easy to run a foundation and attract sponsors, but we will not give up.”