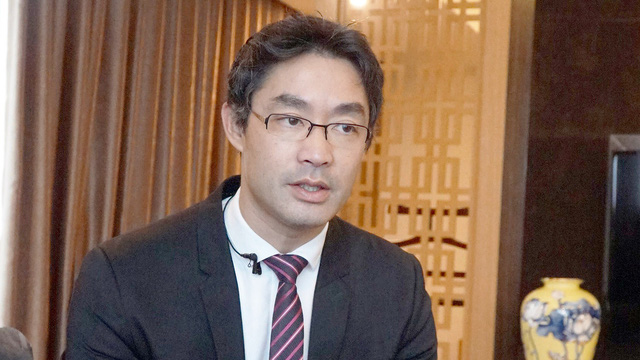 “I’m totally convinced that Vietnam is ready for the fourth industrial revolution,” Philipp Rösler, a member of the managing board of the World Economic Forum, told Tuoi Tre (Youth) newspaper during an exclusive interview on Wednesday last week.

“You should put a bet on those whowill experience a new kind of technology, and that’s the youth in Vietnam,” Rösler said.

The interview took place as Rösler was attending the 2017 Asia-Pacific Economic Cooperation (APEC) Economic Leaders' Week, which was held from November 6 to 11 in the central Vietnamese city of Da Nang.

Rösler emphasized the importance of Vietnam’s young people to its economy as the world moves toward what has been described as the fourth industrial revolution.

He also called youths the biggest asset of the Southeast Asian country.

In explaining his statement, the former Vice-Chancellor of the Federal Republic of Germany said that young people have always been able to adapt to new technology, including artificial intelligence.

Philipp Rösler at the interview with Tuoi Tre newspaper

It was not the first time Dr. Rösler had praised the potential of Vietnamese youth.

At an earlier APEC event, while talking about improving the business environment to enhance Vietnam’s competitiveness, Rösler identified the country’s biggest asset.

“Improving the skills of young people is the best way to improve Vietnam’s economic capacity and labor productivity,” he continued.

Rösler also hailed the country for its efforts to develop, as well as its desire to accept opportunities and overcome the challenges of the fourth industrial revolution.

Besides its young population, another asset of Vietnam is its stable economy, Rösler said.

According to the man who was previously Germany’s Federal Minister of Economics and Technology, Vietnam has a good average income, a sustainable economy and a secure society.

“That's a big plus,” he said, lauding the factors that differentiate Vietnam from countries with fluctuating economies.

The WEF board member also confirmed that the forum was willing to support Vietnam in its implementation of initiatives that promote economic growth.

Through cooperative agreements, the forum will help the Southeast Asian nation in numerous fields including economy, finance, food security and more.

In recent years, the fourth industrial revolution, or Industry 4.0, has become a hot topic of discussion in Vietnam, along with the ongoing wave of digital entrepreneurship.

Vietnamese Prime Minister Nguyen Xuan Phuc has even issued guidelines to promote a healthy start-up culture in the era of Industry 4.0.