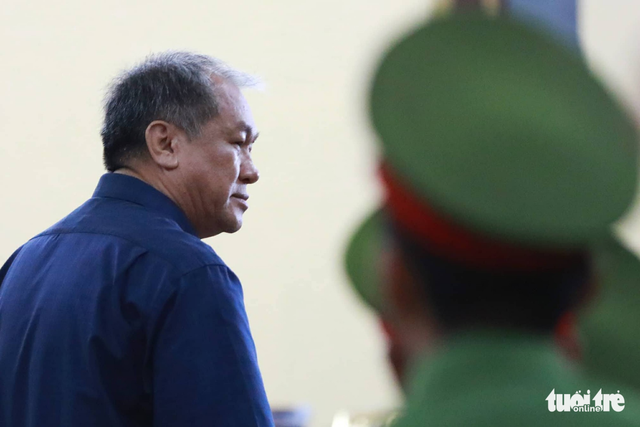 An ex-chairman of a Vietnamese joint stock commercial bank and a former executive of local lender Sacombank, along with 44 other defendants, appeared in court on Monday for their roles in causing losses of more than US$264 million for the commerical bank.

The trial in Ho Chi Minh City is expected to last for a month, with more than 70 lawyers representing 46 defendants, and over 200 individuals summoned to court.

The hearing is the second phase of a high-profile court case centered around Pham Cong Danh, the former chairman of the erstwhile Vietnam Construction Joint Stock Commercial Bank (VNCB), who is now standing his second trial after being convicted last year.

In September 2016, Danh was sentenced to 30 years behind bars on charges of “violating the lending regulations of credit institutions” and “acting deliberately against state regulations on economic management, with serious consequences,” for his role in a separate loss of more than VND9 trillion ($401.79 million) at VNCB.

During the trial just beginning in Ho Chi Minh City, the 53-year-old ex-chairman is being tried on charges of “deliberately acting against state regulations on economic management, with serious consequences” for causing a further VND6 trillion (US$264.32 million) loss for VNCB.

VNCB was founded following the acquisition of the loss-making TrustBank in May 2013.

According to court documents, as chairman of the board of directors of VNCB, Pham Cong Danh made no move to ‘revive’ the institution, but instead focused on finding ways to take money from the bank for his personal gain.

The VNCB is now known as the Construction Bank (CB), which is “guided by the State Bank of Vietnam and managed and operated by Vietcombank,” according to its website.

Among the 200 people summoned to court are heavyweights of the banking and business sectors including Tram Be, a former deputy chairman of Sacombank, and Tran Bac Ha, an ex-banker at local lender BIDV.

Tram Be was arrested in August 2017 on criminal charges for his role in the VND6 trillion loss scandal at VNCB.

Be is believed to have been an active accomplice for Danh in the loss of VND1.8 trillion ($79.3 million) to VNCB.

Ha is accused of signing the 12 documents approving a total of VND4.7 trillion ($207.05 million) in loans from BIDV to 12 ‘bogus’ companies owned by Danh.

Following the disbursement of those loans, Danh withdrew all the money for his personal use. VNCB eventually suffered losses of VND2.5 trillion ($110.13 million) after Danh defaulted on the debts, borrowed using deposits at BIDV as collateral.

Employing the same trick, Danh managed to borrow more than VND1.6 trillion ($70.48 million) from TPBank through 11 of his companies, which eventually created losses of VND1.7 trillion ($74.89 million).