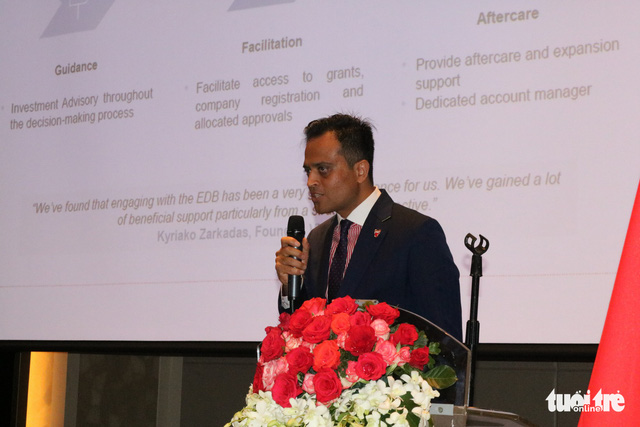 Bahrain is willing to offer multiple tax exemptions to have more Vietnamese enterprises invest and do business in the Middle East country, a top official said in Ho Chi Minh City on Monday.

Sheikh Duaij bin Isa Al-Khalifa, chairman of the ASEAN Bahrain Business Council (ABC), made the commitment as he led a delegation to attend a networking session, meant to boost business activities between Vietnam and Bahrain, in the southern metropolis.

Vietnamese businesses could enjoy zero corporate and personal income taxes, export duties on raw materials and machinery, and other tariffs if they invest in Bahrain, Al-Khalifa underlined.

As the financial center of the Persian Gulf region, Bahrain is home to more than 300 major banks and financial institutions around the world. The country is also one of the world’s top destinations for banking, aviation and education investment.

Bahrain will serve as a gateway for enterprises to connect with the Middle East and North Africa markets and such major financial centers as the UK and the U.S., according to the ABC chairman.

Forty-one countries have been committed to eliminating double taxation with Bahrain, whose vibrant business environment will benefit many Vietnamese enterprises, Al-Khalifa said at Monday’s meeting.

He underscored that Bahrain allows businesses to be 100 percent foreign-owned, adding that the country levies no corporate income tax, personal income tax, tax on development capital and import duties on raw materials and machinery for entities wishing to establish production facilities there.

Following the ABC chairman’s remarks, Vo Tan Thanh, director of the Ho Chi Minh City chapter of the Vietnam Chamber of Commerce and Industry (VCCI), said those commitments provide a great opportunity for Vietnamese enterprises to increase their exports to the Persian Gulf market.

Bahrain has a great import demand for textiles, leather, footwear, seafood, agricultural products and handicrafts, which are all export staples of Vietnam.

“Bahrain currently has to import some Vietnamese products via a third country and wants to switch to direct imports,” he said.

The offices will serve to give Vietnamese businesses more information on access to the Bahrain market.