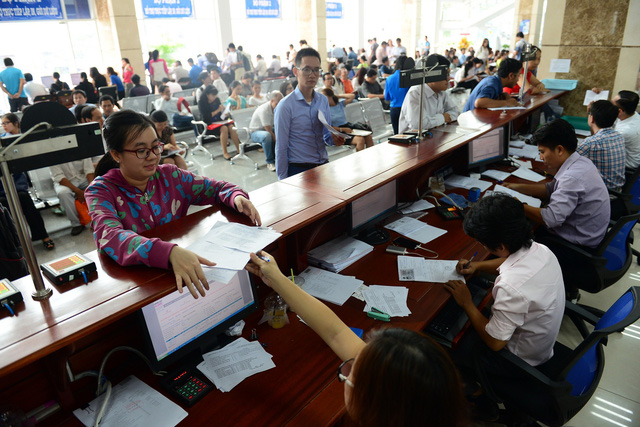 Vietnam’s top taxman is urging local-level taxation departments to step up measures to collect unpaid corporate tax debts that have amounted to more than a billion U.S. dollars, in a bid to meet their state revenue collection target for the 2018 fiscal year.

Provincial and city-level departments of taxation have been asked to use phone calls, text messages and e-mails to remind enterprises of unpaid taxes that are overdue for 1-30 days.

For business tax debts that are overdue for up to three months, formal tax collection requests will be made detailing the amount of overdue taxes and any fines associated with the late payment.

Any overdue debts that last longer than four months will result in complete invalidation of the company’s invoices.

According to the General Department of Taxation, such measures have been imposed after a recent report show that over 77,000 enterprises in 16 Vietnamese provinces and cities have unpaid tax debts that amount to more than VND33.7 trillion (US$1.45 billion).

These 16 provinces and cities are those that contribute to Vietnam’s national budget, the taxman added.

Over 90 percent of these enterprises are more than three months overdue in fulfilling their tax duties, the taxman noted.

The General Department of Taxation has also requested that local taxmen name and shame persistent violators on means of media as a deterrence for other businesses.

Vietnam has been troubled by mounting business tax debts partly due to its insubstantial fine for late payment, currently equivalent to a 10.8-percent yearly interest.

This rate is even lower than bank loan interests, leading companies to purposely delay paying tax and use the money for re-investment rather than take out a loan with higher interest rates.