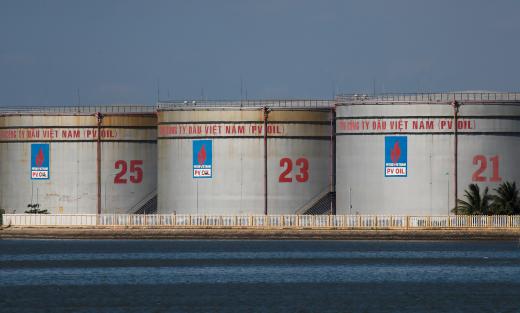 Vietnam’s crude oil output is expected to fall by 10 percent a year through to 2025 due to declining reserves at existing fields, Vietnam Oil and Gas Group, or PetroVietnam, said on Wednesday.

The state-run firm said a lack of funds had kept it from boosting its exploration activities.

“The rise in recoverable reserves has slowed to an alarming rate, affecting the sustainability of the development of Vietnam’s oil and gas industry,” the company said in a statement on its website.

In April, PetroVietnam said tensions in the East Vietnam Sea would hurt its offshore exploration and exploitation activities this year.