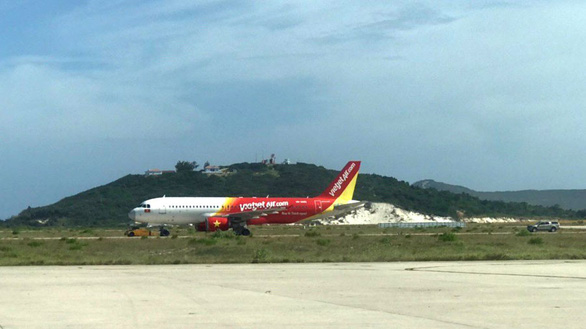 Vietjet under special supervision after two incidents in one day

The budget Vietnamese carrier Vietjet has had all of its operations closely supervised by the Civil Aviation Authority of Vietnam (CAAV) following Tuesday’s incidents where a Vietjet flight landed on a wrong runway after another flight of the airline had had to make an emergency landing.

The decision on the supervision, applicable to Vietjet’s operations at four airports including Tan Son Nhat in Ho Chi Minh City, Noi Bai in Hanoi, Da Nang in the eponymous city, and Cam Ranh in the south-central province of Khanh Hoa, was made by CAAV director Dinh Viet Thang on the same day.

Thang had to fly to Cam Ranh International Airport right on Tuesday afternoon to monitor the investigation into the incident where the Ho Chi Minh City-bound flight VJ689 had to turn around only 20 minutes after taking off from Cam Ranh.

The Vietjet flight reportedly departed at 11:14 am on Tuesday, but faced some “technical error” and had to return to the Cam Ranh airport before landing on a wrong runway, which was not ready for operation.

Earlier that morning, another Vietjet flight, VJ861, which flew to Ho Chi Minh City from Incheon, South Korea, made a sudden detour in Taipei because of a technical warning.

Noticing a warning in the cargo section, the captain of the flight decided to make an emergency landing two hours after take-off.

The flight then resumed its journey after an examination reported no risk. The aircraft arrived at Tan Son Nhat International Airport at 5:20 am on Tuesday.

The CAAV said in two immediate announcements on the same day that the Taiwan landing was due to a false alarm while the Cam Ranh incident was considered a serious threat to flight safety.

The CAAV thus imposed special supervision on Vietjet’s operations at the four aforementioned airports in Vietnam for one month, which will cover various categories such as preparation before departure, operational control, and arrangement of pilots and attendants.

In addition to the month-long supervision, CAAV director Thang suspended the person in charge of Vietjet’s operations from work and also halted the increase of the airline’s flight frequency.

Special supervision is applied only when an airline causes several serious incidents, according to Lai Xuan Thanh, former CAAV director, who is currently chairman of the Airports Corporation of Vietnam.

Previously, the nose wheels of a Vietjet plane fell off minutes before the newly-delivered Airbus A321 landed at Buon Ma Thuot Airport in Vietnam’s Central Highlands province of Dak Lak from Ho Chi Minh City in late November.

Results of the investigation into the incident are still not available for now, but technical factors were ruled out because the plane did not encounter any technical problem, according to CAAV.